A conversation with activist Rev. Stephen A. Green 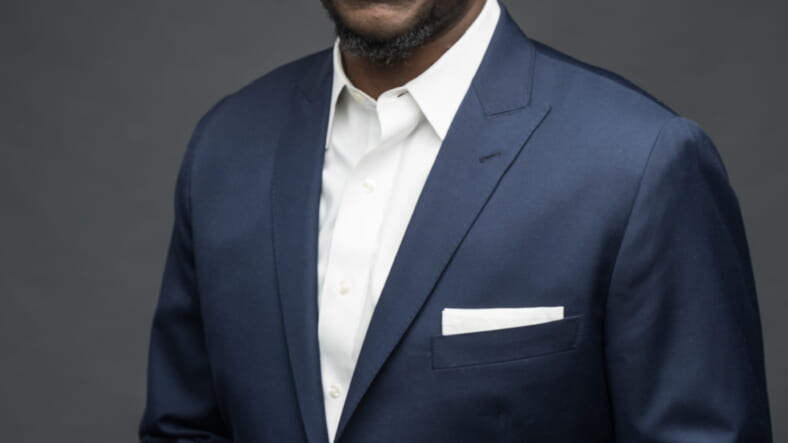 This week, theGrio‘s Christina Greer spoke with Rev. Stephen A. Green, long time civil rights activist and leader for social justice. As one of the nation’s youngest leading human and civil rights activists, he has led mobilizations and nonviolent direct action campaigns across the country.

Rev. Green previously served as the National Director of the Youth and College Division of the NAACP, one of the nation’s oldest, largest and most widely respected grassroots civil rights organization. He is currently the associate pastor at Greater Allen AME in Jamaica, Queens.

Rev. Green has just returned from Louisville, Kentucky, where he protested for Breonna Taylor. Rev. Green was one of 87 people arrested with felony charges during the protests. He argues that Black women, and our collective fight for Breonna Taylor, is the fight for the soul of this nation and there is an effort to intimidate and quell this movement.

“It is imperative they arrest the cops and not us,” he explained. “The fight is ongoing. This protest is part of a historical tradition of non-violence and civil disobedience. We must lift the name of our sister brutally murdered by the Louisville Police Department and we must make sure her life mattered. We need those who committed the crime [to be] held responsible for her death.”

The remainder of the conversation has been condensed for this article:

How did you get your start?

I started organizing 10 years ago in Little Rock, AK around gun violence and police brutality when I was a high school senior in Little Rock. I was inspired to create something to respond to the shooting deaths of unarmed Black youth. I come from a family of liberationists and my mom and dad met in college fighting against apartheid. I also grew up in social justice leaning church and I’ve been incubated in the justice movement since I was born and cut my teeth in organizing. I then attended Morehouse College when the deaths of Troy Davis and Trayvon Martin surrounded us and the rise of Black Lives Matter movement. I became a student organizer around these injustices.

Who have been your mentors and role models in this work?

As any Morehouse man, I look to the Rev. Dr. Martin Luther King Jr. as inspiration. I was a MLK chapel assistant, which is the only spiritual memorial that honors his life. Dean Carter, the dean of the chapel, and college president Robert Franklin served as mentors. Cornell Brooks at the NAACP has also served as a great mentor to me.

What are the three most pressing issues we as Black people face in this moment?

The three most pressing issues are still what Dr. King described: poverty, militarism, and racism (economic justice, criminal justice, and end of racism and white supremacy in this nation). We must abolish the wealth gap and lift people out of poverty due to government intervention. Strategic notions need to take place and we need access to a quality of life that our constitution affords each citizen in this nation.

How are you taking care of yourself in this moment?

Self-care Sundays are very important to me. I try to ensure that I take time to connect with the divine and spend time in community. That and the beach! The beach is my happy place. That’s where I try to be reignited.

What are some books that inspired and inform your work?

Jesus and the Disinherited by Howard Thurman is a classic text that grounds my theological and political framework. I am currently reading a lot of work from Dr. King, most specifically his 1966 to 1968 sermons and speeches from latter part of life regarding economic justice. I am also enjoying the new text by Dr. Eddie Glaude, Begin Again.

What are some words of advice you would give young Black activists?

This is the moment we’ve been praying for, that our ancestors have fought for, and it is up to us to use this moment effectively to liberate all of our people. That means we work collaboratively and constructively and concretely to build the new world. It’s not just about tearing down systems, but it’s also about building beloved community in the world that shall be.

What’s the role of faith community in this moment?

I believe faith is critical in shaping and forming a framework for justice and liberation that is grounded in radical love. For too long the Black church has been on the sidelines. I am a part of a tradition of faith leaders engaged on the front line to reimagine the Black church for this generation.

Christina Greer, Ph.D., is an associate professor at Fordham University, political editor at The Grio, the author of “Black Ethnics: Race, Immigration, and the Pursuit of the American Dream”, and the co-host of the podcast FAQ-NYC. You can find her at @Dr_CMGreer on Twitter.