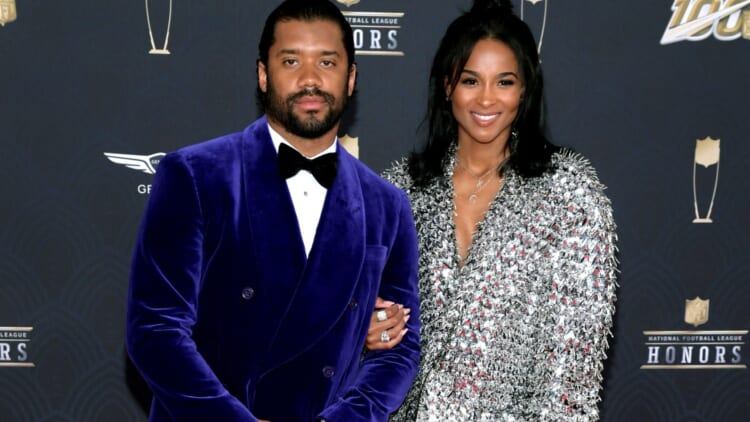 Russell Wilson and Ciara Wilson at the NFL Honors in February 2020 after the couple announced they were pregnant. (Photo: Getty Images)

Win joins Future, 6, and Sienna, 3, in the Wilson household. Future is Ciara’s son with platinum-selling rapper Future while Sienna is the couple’s first child together.

Wilson is the starting quarterback for the Seattle Seahawks who he’s led to two Super Bowls, winning one in 2014. He and the “Level Up” singer have been married since 2016. They celebrated their fourth wedding anniversary on July 6.

They’ve documented Ciara’s latest pregnancy on social media. Because of the coronavirus pandemic, Wilson and his sister photographed her for British Vogue for a story that ran earlier this month.

While baby Win’s first name seems to have been influenced by Wilson’s championship history, his middle name pays tribute to Wilson’s father. He died in 2010 at the age of 55 from complications of diabetes.

Prior to Win’s birth, the couple was on an extended babymoon as they waited for the birth at their palatial home. On their anniversary, they celebrated each other on social media with Wilson penning particularly sweet words to his spouse of four years.

Wilson is among the NFL players expected to report to camp by July 28 for the start of the new season. The players will not be sequestered as other sports leagues have done, but will be tested daily and have agreed to no preseason games due to the coronavirus.

While most teams have not yet announced it, it’s widely expected that for the 2020-2021 season, games will be played without spectators.