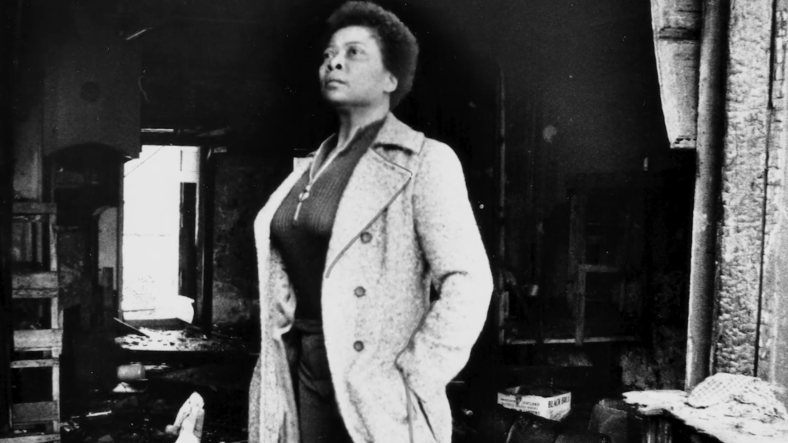 The fight for civil rights is full of unsung heroes, especially women, and one of those sheroes in Sarah Elizabeth Ray is getting their story told through a new documentary.

The Detroit Free Press posted a short documentary about Ray and how she aided in the desegregation of the city via the Boblo boats that ferried people across the Detroit River to Boblo Island, a former Michigan amusement park.

The short film is entitled Sarah Elizabeth Ray: Detroit’s Other Rosa Parks and likens Ray to Parks, the civil rights icon who was a longtime Detroit resident.

Two large riverboats were the only way to get to the park. Ray, a secretary, one day in 1945 attempted to board one of the vessels to join classmates in a graduation celebration after completing training in Detroit’s ordinance department.

Unfortunately, she was removed from the boat by a Bob-Lo Excursion Co. employee mere moments after boarding.

READ MORE: 63 years ago, Rosa Parks took a seat at the forefront of history

The incident prompted Ray to contact the NAACP. The civil rights group’s esteemed attorney Thurgood Marshall, who would later become the first Black U.S. Supreme Court justice, led a three-year case all the way to the high court that would outlaw racial segregation at Michigan amusement parks, according to Michigan Radio.

The court case helped build the foundation for the landmark 1954 Supreme Court ruling in Brown v. Board of Education, in which Marshall successfully argued that segregation in public schools is unconstitutional.

Rather than allowing Black patrons ride the ferry to Boblo Island, Bob-Lo Excursion Co. closed down operations. The boats were later purchased by a new owner who integrated the vessels.

The short film’s director, Aaron Schillinger, was in the process of making a feature-length documentary about the Boblo boats at large — Boblo Boats: A Tale of Two Sisters — when he stumbled upon Ray’s story.

“The ship itself is old and important, but it’s the memories that people have that give it so much value,” Schillinger told the Free Press. “I started digging into the history and I am reading this book on this history of Boblo Island, and there’s like a page and a half about the civil rights activist who got kicked off the boat and went on to change history — and her name was Sarah Elizabeth Ray.”

READ MORE: Civil Rights Rosa Gragg will now have her name on a Detroit street

Schillinger consulted historian Desiree Cooper on the documentary. While the full documentary remains incomplete, both felt a four-minute short needed to be released now, due to the social unrest in the country today.

“It shows where one person’s effort accumulates with all the other efforts that came before it, and there’s a tipping point. We’re living that tipping point in this exact moment,” said Cooper, who explained that she learned she was the first to speak with Ray about the incident and subsequent court challenges when she visited her in 2006.

“That’s what happened to Sarah that day on the boat. One person got pushed and that one person said ‘enough’ and it changed history.

Ray died in 2006. Civil rights icon Rosa Parks, who died a year prior, had moved to Detroit in the 1950s, in the midst of the Great Migration, after serving as the centerpiece of the Montgomery Bus Boycott.

Sarah Elizabeth Ray: Detroit’s Other Rosa Parks can be streamed on the Detroit Free Press website, in partnership with the Freep Film Festival, through July 31. Schillnger has also launched a crowdfunding page to financial the completion of a longer version.