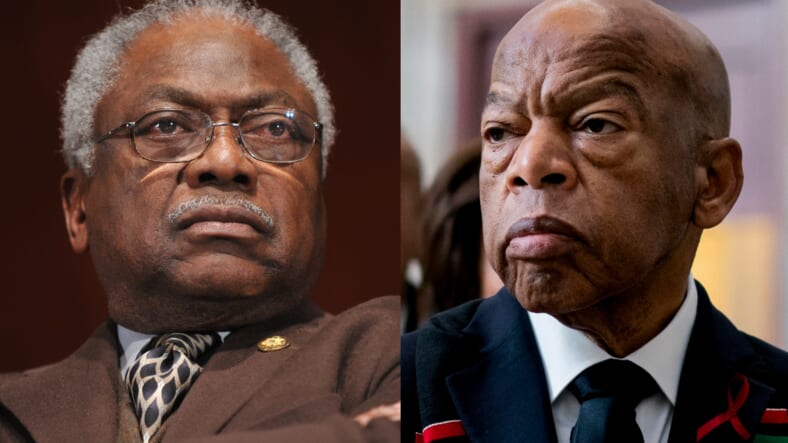 Following the death of lawmaker Congressman John Lewis, several events have been planned to memorialize his legacy. But now it’s been reported that House Democrats are also taking steps to rename a voter rights bill after the civil rights leader.

According to CNN, Rep. Jim Clyburn, House Majority-Whip and the third-ranking Democrat in Congress submitted the request on Monday.

READ MORE: Stacey Abrams doc ‘All In: The Fight for Democracy’ to open in theaters

CNN reported, “The House passed the measure in December that would restore a key part of the historic Voting Rights Act that the Supreme Court struck down in 2013. Democrats have pushed the Republican-controlled Senate to take up the legislation following the passing earlier this month of Lewis, a longtime Georgia congressman and icon of the Civil Rights Movement.”

On Monday, the House approved the measure by Clyburn by unanimous consent, The Hill reported.

Congressman Lewis represented Georgia’s 5th Congressional district for more than three decades but it’s his work as an activist that really pushed him onto the national stage.

Rep. Lewis began his career alongside Dr. Martin Luther King, Jr. He participated in lunch counter sit-ins, joined the Freedom Riders in challenging segregated buses, and at the age of 23, was a keynote speaker at the historic 1963 March on Washington.

He died on July 17 at the age of 80 after being diagnosed with pancreatic cancer.

Sunday, Lewis’ memorial traveled to Selma and Montgomery, Alabama via a ceremonial procession on the Edmund Pettus Bridge, followed by a receiving ceremony.

His body lay in state on Monday in the Capitol rotunda, becoming the first Black lawmaker to have that distinction.