A fight between two passengers on a Chicago subway goes viral 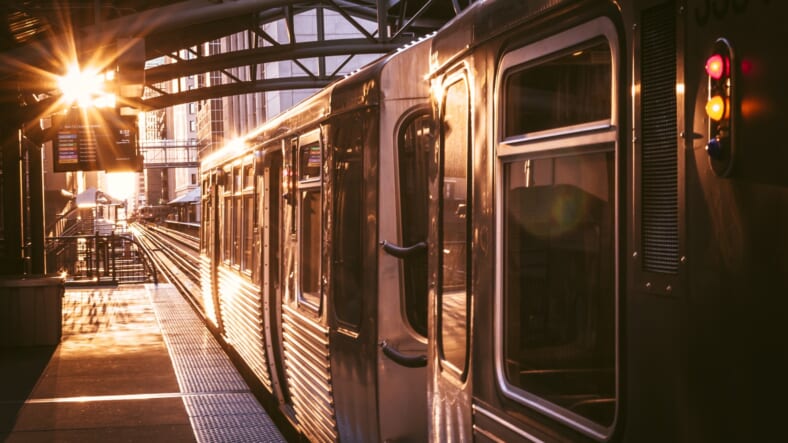 A male nurse was attacked by stranger who blamed him for the coronavirus (Photo: Adobe Stock)

A video of a fight on the Chicago subway has gone viral after it was revealed that the two men coming to blows were a nurse and a passenger who allegedly started blaming him and other medical professionals for the spread of the coronavirus pandemic.

READ MORE: Megan Thee Stallion opens up about shooting: ‘It’s nothing to joke about’

The brawl was captured on cellphone video by a passenger named Katrice Hardaway. According to witness accounts, the unidentified began shouting at the male nurse and blaming him for the COVID19 crisis.

The clip begins with a man wearing a black shirt hovering over the seated nurse as he screams at him. The nurse eventually loses his cool, stands up, and starts fighting with the passenger as everyone else in the subway car looks on in dismay.

“There’s fighting on this train!” a woman can be heard shouting off-screen one point as the brawl escalates.

Hardaway says she saw the nurse attempt to defuse the situation, asking the other man several times to leave him alone. When the confrontation became violent, Hardaway hit the train’s panic button while other passengers jumped in and attempted to break up the duo.

The aggressor refused to get off the train as it pulled into the station so the nurse opted to leave the scene instead.

Hardaway also got off, but later handed the video over to authorities.

“Fighting through this pandemic for us, and he shouldn’t have to go through that on his way to work,” she told CBS 2’s correspondent Jermont Terry.

While the suspect in the video remains at large the nurse is reportedly pressing charges.