Rep. Cedric Richmond said that AG Barr's actions did not give him the right to even reference Lewis 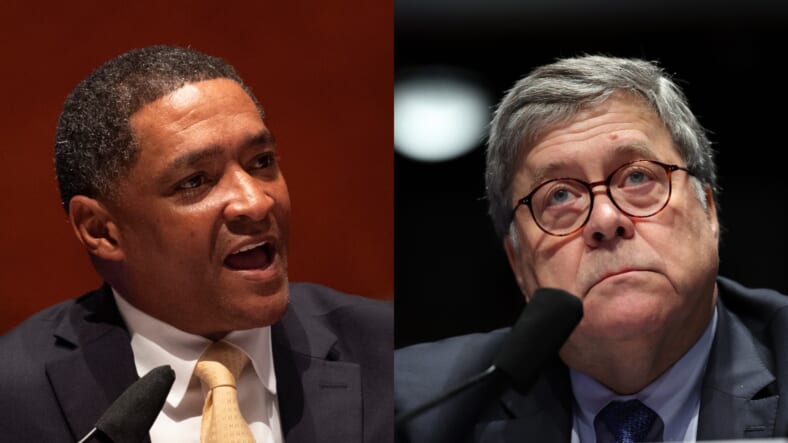 Rep. Cedric Richmond took offense to Attorney General William Barr invoking the name of Rep. John Lewis and warned him to keep the late congressman’s name “out of his mouth.”

AG Barr is testifying before the House Judiciary Committee on Tuesday amid concerns from Democrats about the conduct of the Justice Department. In his opening statement, Barr maintained that “What I’m trying to do is restore the rule of law,” through recent interventions in the Michael Flynn and Roger Stone cases.

In his testimony, also Barr denied interfering in the upcoming 2020 elections on behalf of President Donald Trump.

Barr called the late Lewis, who died earlier this month, an “indomitable champion of civil rights and rule of law,” and highlighted his “unwavering commitment to nonviolence.”

Richmond, the Louisiana Democrat, criticized Barr for his lack of Black staff. He faulted the nation’s top prosecutor for not having his words match up to his actions.

“The one thing that you have in common are two predecessors, both Attorney General Sessions and Attorney General Whitaker, is that when you all came here and brought your top staff, you brought no Black people,” he continued, then added, “That, sir, is systematic racism.”

Richmond continued that Barr’s actions, or lack thereof, were more than enough reason for him not to reference Lewis.

“That is exactly what John Lewis spent his life fighting, and so I would just suggest that actions speak louder than words, and you really should keep the name of the honorable John Lewis out of the Department of Justice’s mouth,” Richmond said.

Lewis served 33 years in Congress and died last week at the age of 80 after being diagnosed with pancreatic cancer. He has been lionized by fellow Democrats, including Sen. Kamala Harris, who called Barr out on social media for his opening remarks.