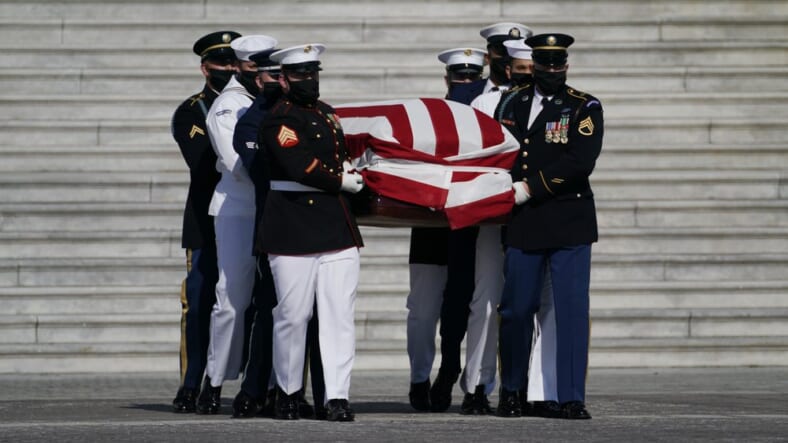 ATLANTA (AP) — John Lewis will lie in repose at the Georgia capitol in his hometown of Atlanta in one of the last memorial services for the late Democratic congressman before he is buried.

Members of the public will be able to pay their respects to Lewis on Wednesday at the state capitol rotunda following a ceremony in his honor. A private burial service in Atlanta is scheduled for Thursday.

Wednesday’s service is part of a series of public remembrances for Lewis that began over the weekend.

A memorial service at the U.S. Capitol in Washington on Monday drew Congressional leaders from both parties. Lewis was the first Black lawmaker to lie in state in the Capitol Rotunda. Shortly after 9 a.m. Wednesday, his flag-draped casket was carried down the Capitol steps and placed in a hearse as people watched solemnly, many with their hands on their hearts.

On Sunday, his casket was carried across the Edmund Pettus Bridge in Selma, Alabama, where the one-time “Freedom Rider” was among civil rights demonstrators beaten by state troopers in 1965.

Lewis died July 17 at the age of 80. Born to sharecroppers during Jim Crow segregation, he was beaten by Alabama state troopers during the civil rights movement, spoke ahead of Martin Luther King’s “I Have a Dream” speech at the 1963 March on Washington and was awarded the Medal of Freedom by the nation’s first Black president in 2011.

He spent more than three decades in Congress, and his district included most of Atlanta.