Black Twitter couldn't stop talking about the Dreamgirl's renditions of 'Take My Hand, Precious Lord' and 'Only What You Do For Christ Will Last' 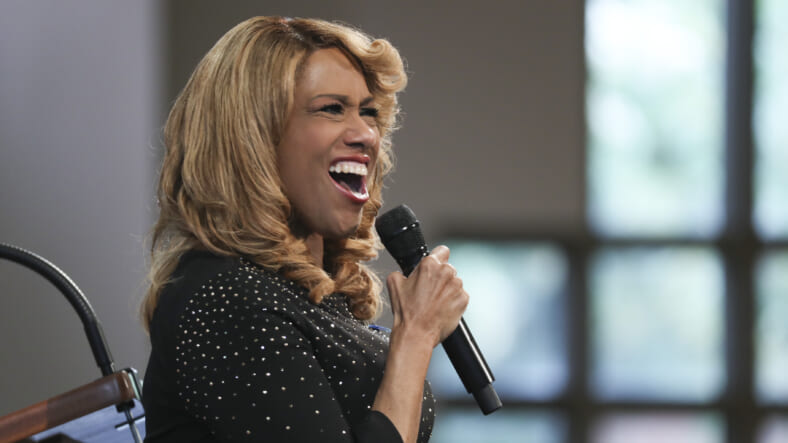 Rep. John Lewis was honored for the final time on Thursday in Atlanta, Georgia at Ebenezer Baptist Church, where some of the biggest names in politics gathered to say their goodbyes to the civil rights giant.

While the likes of former presidents Barack Obama, Bill Clinton, George W. Bush, and House Speaker Nancy Pelosi paid tribute to Lewis in poetic fashion, it was singer Jennifer Holliday who had the internet buzzing after two rousing performances.

The original Dreamgirls star performed two gospel classics “Take My Hand, Precious Lord” and “Only What You Do For Christ Will Last.” Holliday’s performances were met with a standing ovation from the service’s attendees.

Holliday became a trending topic on Twitter as most viewers applauded her for “taking us to church.”

“Jennifer Holliday almost brought the COGIC up outta me on my job. I don’t even think any of my coworkers know what COGIC mean… but they were finna find out,” tweeted ABC10 anchor Keristen Holmes.

Another Twitter user wrote, “Jennifer Holliday is once again reminding y’all who she is and how important this moment is. Rest up brother John Lewis.”

Other Twitter users used the opportunity to share throwback clips of Holliday performances as a reminder of her virtuoso as a singer. The 59-year-old vocalist got her start on Broadway, most notably as Effie White in the stage play Dreamgirls, which debuted in 1981.

Holliday went on to nab a Tony Award for best leading actress in a musical, and a Grammy Award for her recorded version of the play’s now iconic song “And I Am Telling You I’m Not Going.”

Not everyone, however, was feeling Holliday’s performances. “People saying Jennifer Holliday took us TO church with her singing, No, she almost took us OUT of church with her horrible singing,” tweeted one Twitter user.

Another person wrote, “Unpopular opinion: Jennifer Holliday’s screaming/singing does nothing for me.”

Former President Barack Obama, who delivered the eulogy right after Holliday’s second performance, certainly seemed pleased with her delivery. Video footage of Obama standing beside the pulpit as she sang showed him nodding with approval as he listened.