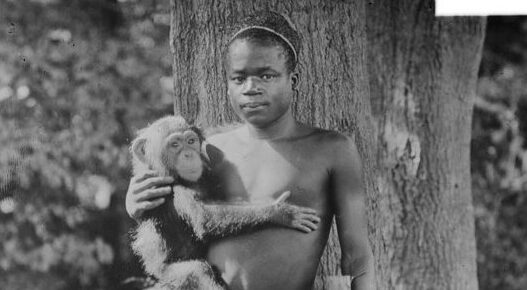 Many organizations have pledged solidarity with the Black Lives Matter movement or to atone for past sins against people of color as the nation faces a reckoning with race.

The latest entity to do so is the Wildlife Conservation Society, which apologized last week for racist displays of Black people at the Bronx Zoo dating back more than a century ago. The Bronx Zoo is one of the multiple New York City attractions operated by the WCS.

In a statement out Wednesday, the WCS apologized for two displays of “unconscionable racial intolerance” in its past. One included placing an African man named Ota Benga in a monkey cage, which occurred at the turn of the 20th century.

According to the statement, Bronx Zoo officials “put Ota Benga on display in the zoo’s Monkey House for several days during the week of September 8, 1906 before outrage from local Black ministers quickly brought the disgraceful incident to an end.”

Benga was of the Mbuti people of present-day Democratic Republic of Congo, the statement said.

One of those ministers, Rev. James Gordon, later placed Benga in a Brooklyn orphanage, but the incident seemed to leave a tragic impression on the young man. Benga later moved to Lynchburg, Va., and worked in a tobacco factory before dying by suicide in 1916.

“Robbed of his humanity and unable to return home, Ota Benga tragically took his life a decade later,” the document said.

The statement continued: “We deeply regret that many people and generations have been hurt by these actions or by our failure previously to publicly condemn and denounce them.”

The WCS announced that it will “acknowledge the mistakes of our past” by making all records regarding Benga available online to the public.

“We will develop additional projects to make our history accessible and transparent, especially to outside writers and researchers,” the society said.

Benga’s story was told in a 1992 book: “Ota Benga: The Pygmy At The Zoo.” As reported by NBC News, one of the book’s co-authors, Harvey Blume, said that the apology came too late.

“And to whom was this apology? It’s a little late for Ota,” Blume told the news outlet Friday.