The incident began at about 11 p.m. at the Waycross, Georgia prison. 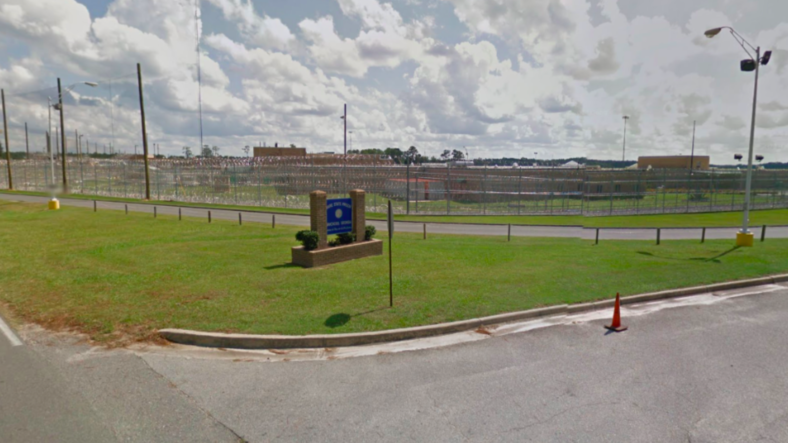 According to reports from the Georgia Department of Corrections, Ware State Prison was forced into lockdown after a disturbance.

Other reports are calling the incident a ‘riot’. Two inmates and two staff members were hurt, although the DOC says that no injuries were life threatening.

The incident began at about 11 p.m. at the Waycross, Georgia prison. Georgia State Patrol, the Ware County Sheriff’s Office and Waycross Police Department responded to reports about the disturbance.

Department officials say the prison was promptly locked down and everything was “under control,” according to the Atlanta Journal-Constitution. Officers uses, non-lethal ammunition to quell the situation, according to Fox News.

The Atlanta Journal-Constitution also reported that the two staff members were stabbed, but that more details were not immediately available.

The cause of the disturbance is unknown but social media users are claiming that inmates were fighting back against bad treatment and lack of resources.

Many say that the prison hasn’t put enough measures in place to combat the spread of COVID-19, though this has been a popular sentiment across the country.

Tensions were also high in the prison due to the death of Robert Wilson. Wilson was incarcerated and died on July 17, after an altercation with another incarcerated person.

Social media videos began circulating last night. The videos show fires around the prison, as well as general chaos in the area. Many have since been taken down.

There are only about 15 officers on duty at one time at the prison, even though there are about 1,500 incarcerated people, according to Corey Jackson, a spokesperson for the Human and Civil Rights Coalition of Georgia.