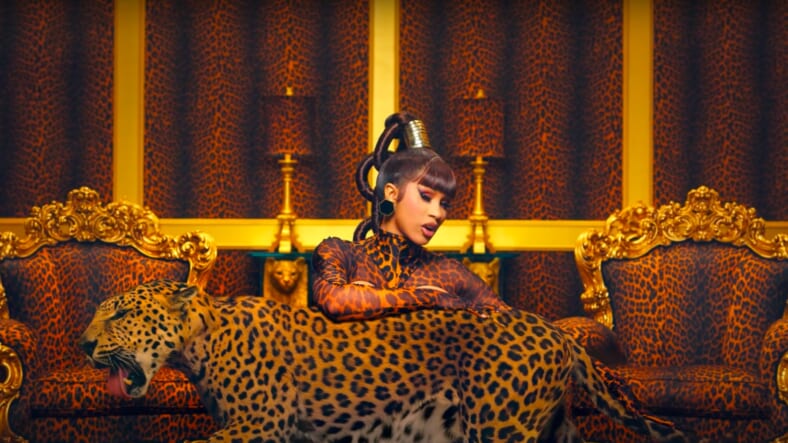 Cardi B in the video for her song WAP, featuring Megan Thee Stallion (YouTube)

Tiger King’s Carole Baskin, 59, lashed out at rappers Cardi B, 27, and Megan Thee Stallion, 25, over the use of big-cat imagery in their new music video.

Directed by Colin Tilley, the sexually-charged video shows costumes made from leopard and tiger prints, as well as depicting big, exotic cats pacing around the rappers.

Baskin accused Cardi and Megan of glamorizing the practice of keeping big cats as pets and she worried that “every ignorant follower” will try to be a copy-cat and do the same.

Baskin is an outspoken advocate for the rights of big cats and is the CEO of a non-profit animal sanctuary called Big Cat Rescue in Florida.

Although none of the animals were ever in the same room as the rappers, Baskin still thinks the video is an issue. According to TMZ, Baskin said that the video sends “a terrible message and is harmful to the future of big cats.”

She suggested that the cats were most likely mistreated during the shoot and that their handler most likely makes a living from bating and shocking cats to make them stand on cue in front of a green screen.

Seemingly unperturbed by Baskin’s criticism, Cardi has posting on social media to keep her fans informed of the success of the new single.

In a tweet that was captioned: “International wet p—y around the world,” Cardi B shared another tweet that said “WAP has now reached #1 in 20 countries on Apple Music.”