The case was dismissed in 2014 and again in 2019, before being reopened on Friday. 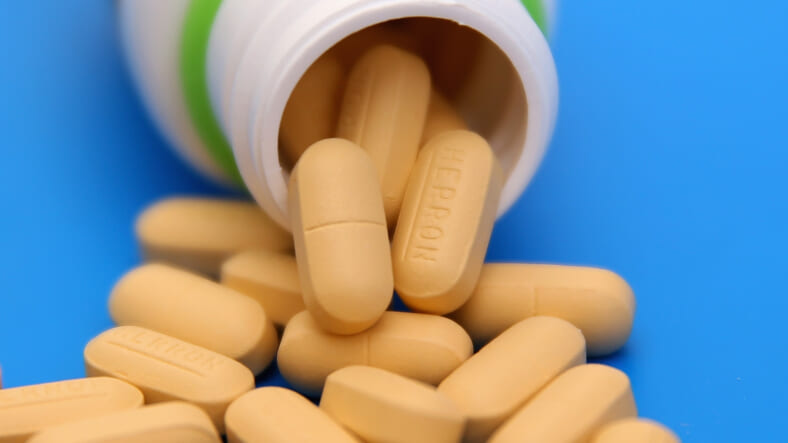 Paracetamol tablets sit on a table on July 24, 2014 in Melbourne, Australia. (Photo by Scott Barbour/Getty Images)

A U.S. appeals court has reopened a case that alleges the National Football League recklessly allowed its teams to distribute prescription opioids and other drugs to players in order for them to return to the field to maximize profits.

A three-panel group of judges in the 9th U.S. Circuit Court of Appeals said Hall of Famer Richard Dent and seven other retired players had a sound argument when they claimed that the NFL neglected the safety of its players.

The players’ lawsuit accuses the NFL of negligence, negligent hiring and retention, fraud, amongst other claims.

“Despite the NFL’s one-step-removed relationship to the players, it was within the NFL’s control to promulgate rules or guidelines that could improve safety for players across the league,” Circuit Judge Richard Tallman wrote.

The group of retired players sued the NFL in 2014, stating the “return to play” policy, which required injured players who were given painkillers to be sent back onto the football field, led to more injuries.

It was initially dismissed because federal labor law precluded the players from bringing the claims to court if they had not entered into collective bargaining agreements with their teams.

Another judge decided that it shouldn’t be looked at under federal labor law and reopened the case. In 2019 it was dismissed again because the NFL was not directly involved in distributing or administering medications.

“The league since 1973 has required teams and their doctors to submit reports on the administration of medications, and for nearly 30 years has audited teams’ drug use and compliance with federal drug laws,” Reuters reported.

But according to Tallman, this data did not stop the NFL from using harmful practices.

“The NFL allegedly was aware of this from its audit results but nonetheless turned a blind eye to maximize its revenues,” Tallman said.