Harris is the first Black person and of Indian descent to be selected as a running mate for a major party. 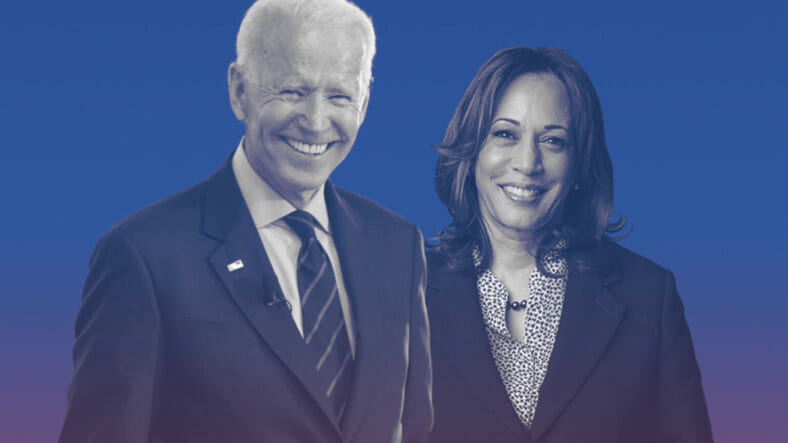 “I have the great honor to announce that I’ve picked @KamalaHarris  — a fearless fighter for the little guy, and one of the country’s finest public servants — as my running mate,” he announced on Twitter Tuesday.

“Back when Kamala was Attorney General, she worked closely with Beau. I watched as they took on the big banks, lifted up working people, and protected women and kids from abuse. I was proud then, and I’m proud now to have her as my partner in this campaign.”

The California senator is first Black person and the first Indian person to be selected as a running mate for a major party candidate.

Harris shared her “honor” at joining the ticket and praised Biden as a man who could unify the country.

“.@JoeBiden  can unify the American people because he’s spent his life fighting for us. And as president, he’ll build an America that lives up to our ideals,” the senator tweeted.

“I’m honored to join him as our party’s nominee for Vice President, and do what it takes to make him our Commander-in-Chief.”

Read More: Joe Biden has taken all the fun out of the VP announcement

Former Secretary of State Hillary Clinton quickly offered her congratulations. In 2016, she became the first female nominee of a major party. She encouraged others to support this historic bid for the presidency.

In March, the presumptive Democratic nominee pledged to pick a woman as his running mate during a one-on-one presidential debate with Sen. Bernie Sanders.

“There are a number of women who are qualified to be president tomorrow,” Biden said at the time.

He added, “I would pick a woman to be my vice president.”

Forecasters widely believed that Harris would ultimately be picked despite the fact that she notably put Biden on his heels when she called him out on the issue of busing during a debate last June. It has been a source of contention for Biden insiders who felt the California senator was disloyal during the exchange.

Harris dropped her bid to become president and ultimately became a surrogate for Biden’s campaign. Her name vaulted high into consideration as a potential VP pick after Biden secured enough delegations to earn the nomination in June.

Biden was urged to pick a woman of color in a bid to unify the fractured Democratic Party and country roiled by civil unrest over racial violence and police brutality. Many were resistant to the idea of an all-white ticket as it did not reflect the diverse base and America’s changing social fabric.

As theGrio previously reported, an open letter was sent to Biden on Monday by prominent Black figures such as Sean “Diddy” Combs, Ben Crump, and Charlamagne Tha God who wanted him to pick a Black woman as his running mate. They warned he’d lose the November election to President Donald Trump should he fail to do so.

“Failing to select a Black woman in 2020 means you will lose the election,” the letter stated.