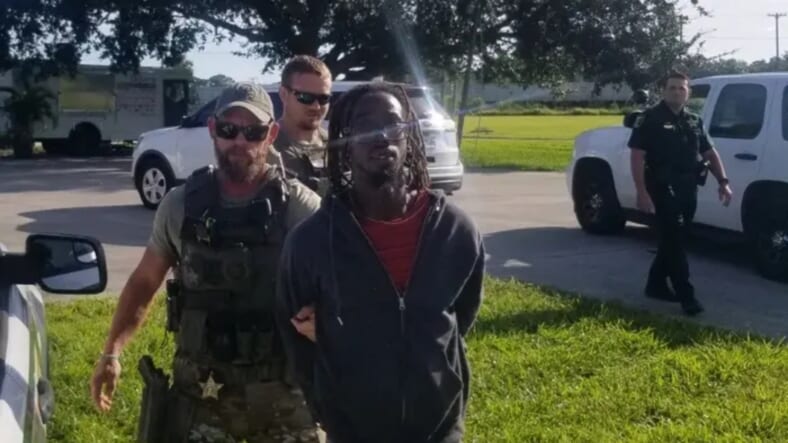 A 10-year-old girl in Florida had just logged into a Zoom class for her first day of school on Tuesday when she witnessed her mother being fatally shot and killed by an ex-boyfriend.

Martin County Sheriff William Snyder held a press conference and shared the disturbing details of the incident, NBC reports. There were six children in the home at the time including the 10-year-old, her three siblings, and two of their cousins when the shooting occurred after 8 a.m. in Indiantown.

The little girl was being instructed by her teacher at Warfield Elementary who was conducting school remotely due to the coronavirus pandemic. The teacher heard the violent encounter and the girl’s reaction to seeing her mother, Maribel Rosado-Morales, slain. The suspect has been identified as Donald J. Williams, an ex of Rosado-Morales.

“The teacher’s online — I’ve never done a Zoom with children, so I’m picturing there’s other children on — and the teacher can see the children. The teacher said she heard a commotion, heard profanity,” Synder said.

“Realized there was some type of domestic altercation. Still could see the child that’s online. The teacher said she mutes her button so nobody has to hear it and then she sees the 10-year-old put her hands up to her ears.”

“Almost immediately after the child put her hands up to her ears, the computer screen went blank. We know the computer was hit with a projectile,” Snyder added.

Rosado-Morales, 32, was shot multiple times and died at the hospital. None of the minors who were at the residence were harmed and do not share any relation to the alleged shooter.

Investigators believe the killing came after an argument between the former couple who had been separated for more than a year.

“He went in and confronted her with something to do with a video,” the sheriff said. “And then later we learned there was a conversation about Facebook. He said she actually started to smile at him and he became enraged and shot her.”

Williams, 27, fled the scene but was later captured with a gun in his possession. The sheriff said he “made a full confession.”

Last year, police went to the home on domestic violence-related incidents last year but records deemed that it wasn’t an “ongoing problem.” Williams now faces first-degree murder charges in addition to other felonies.

Grief counselors are being offered to the children and staff. The tragic incident left even the sheriff at a loss.

“I’ve learned through decades of doing this that when you think you’ve seen everything, you haven’t,” Snyder said. “I know that people hearing about this, reading about this, are going to be horrified by this.”