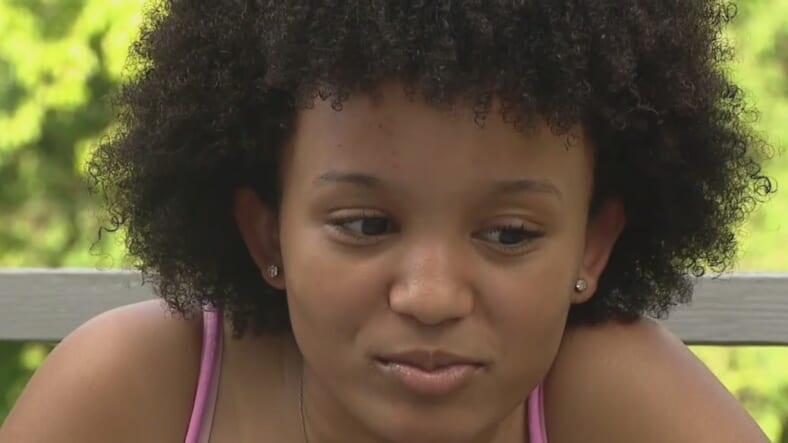 A suburban Philadelphia high school student says she was targeted by a classmate in a threatening online post.

Fox 29 Philly reports that 16-year-old Asya of Doylestown, Pa., was apparently targeted for her political views by another student who posted a racist screed about her to social media on Monday. He referred to her by name.

“He called me the N-word. I already don’t like that and that’s not okay with me at all,” Asya told the outlet.

The unidentified student posted on a social media account that “No one cares about her political views they make me wanna commit a black hate crime.”

Asya’s parents thought the statement amounted to a threat and called police. However, Bucks County police said that the wording of the post did not meet the definition of a threat and they could take no action against the other teen.

“Our administration has been made aware of an inappropriate social media post involving one of our students. The matter has been reported and is being investigated by our school administration and the Central Bucks Regional Police Department,” John J. Kopicki, Ed.D. Superintendent of Schools Central Bucks School District, said in a statement.

Asya’s parents shared their story in the hopes that any perceived threats are taken seriously by educators and the community.

“Unless society starts to stand up and say something every time something like this happens it just continues swept under rug,” Asya’s father, Harry, told Fox 29 Philly.

A couple contacted Fox to say that although their child was identified as the author of the post, he has denied making the post and that they wanted to meet with Asya’s family to clear things up.

Doylestown is a suburb of Philadelphia about 25 miles from downtown Philadelphia that is 94% white according to census records. In the last month, students from schools in the Philadelphia suburbs have shared stories of racism on Instagram accounts that hope to expose the culture of bigoted and discriminatory behavior at many of the area’s tony private and public schools.

One of the schools cited as part of the problem is Lower Merion High School, Kobe Bryant‘s alma mater.