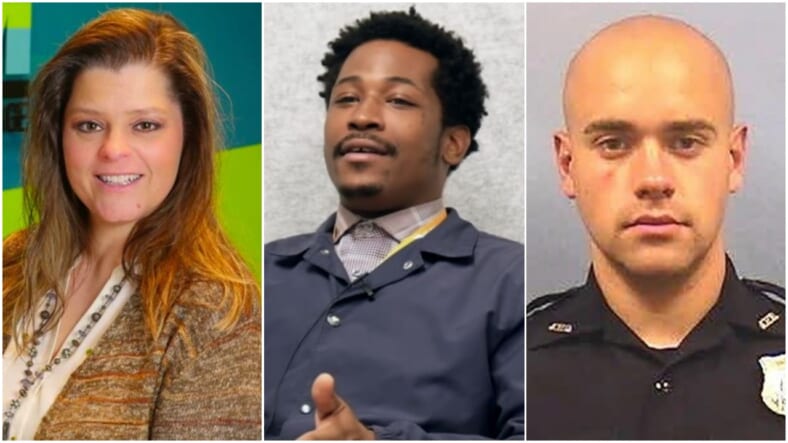 Melissa Rolfe, the stepmother of the former Atlanta, Georgia, police officer involved in the shooting death of Rayshard Brooks, is being sued for defamation.

In June, Rolfe was fired from her HR position at Equity Prime Mortgage LLC following complaints of creating an “uncomfortable and hostile working environment,” according to the lawsuit filed by the Atlanta-based firm on Tuesday, New York Post reports.

The complaint alleges she “engaged in blatantly racist conduct,” called employees “savages,” “dingbats” and “f–king bitches,” and suggested one black staffer “upgrade [her] standards” and stop dating Black men because they’re “weak.” She also claimed an employee was hired because she “must suck d–k really good.”

“Not surprisingly, Rolfe lost people’s confidence in her ability to perform her job as an HR Director and was fired,” the lawsuit states.

The termination sparked outrage among conservatives on social media after Rolfe embarked on a “smear campaign” with congressional candidate Marjorie Taylor Greene. They launched “a national media firestorm” to push the lie that she was fired because of her stepson, former officer Garrett Rolfe, was charged with the murder of Brooks, the filing says.

Rolfe and Greene are accused of “seeking to exploit the death of Rayshard Brooks for their own personal gain.”

“The smear campaign mobilized a furious social media mob and prompted death threats, a boycott, and enormous reputational and financial harm to [Equity Prime Mortgage],” the firm said in the lawsuit.

The pair “knew that their smear campaign was based on a lie, but they intentionally disregarded the truth to capitalize on national attention related to Rayshard Brooks’s death,” the lawsuit claims.

“We were targeted with death threats, hate mail, and a boycott because of a national media firestorm based on statements by Marjorie Greene’s campaign and Melissa Rolfe,” said the company’s CEO, Eddy Perez.

“We are committed to setting the record straight and defending our good name.”