In the midst of the coronavirus global pandemic, Anderson is the first person to receive a star on the Walk of Fame. 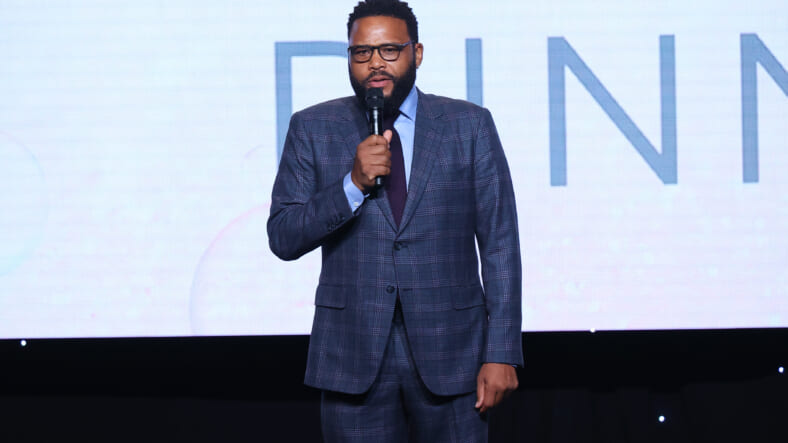 On Friday, Anthony Anderson was honored with a star on the Hollywood Walk of Fame. Anderson received the honor on the day before his milestone 50th birthday.

Anderson was joined at the event by family members, along with celebrity-friends, Don Cheadle and George Lopez.

“Today was a great day! Dreams do come true!” the Black-ish star wrote on his social media pages. “Those dreams are made possible thru faith, hard work and sacrifice. I want to thank everyone that’s been a part of my journey thus far,” he wrote.

In observance of his roots, the Los Angeles native added the hashtag, “Just a kid from Compton” at the end of the post. Alongside his heartfelt message were a series of photos of Anderson proudly posing next to his star.

As reported by the Hollywood Chamber of Commerce, Anderson was inducted into the Walk of Fame Class in 2018, but chose to delay the celebration until his 50th birthday on August 15.

In the midst of the coronavirus global pandemic, Anderson is the first person to receive a star on the Walk of Fame. As a sign of the times, the actor shared a photo of himself, family. and friends all wearing custom masks adorned with the image of the actor/comedian’s beard and broad smile.

Since 2014, Anderson has starred in the ABC sitcom, Black-ish. He also hosted the ABC version of the game show, To Tell the Truth and is also a regular judge on Food Network’s Iron Chef America.

Additionally, he is known for his leading roles in drama series K-Ville, The Shield and in Law & Order, as Detective Kevin Bernard.

Anderson is also a celebrated film actor who has starred in several dozen blockbuster movies.