OPINION: The new HBO series is one of the best shows of 2020 and a must-watch for Black sci-fi and fantasy fans and newbies alike. 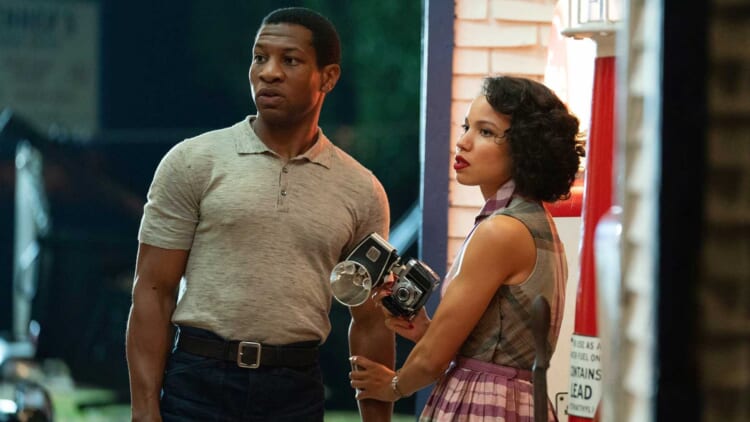 Growing up in the 80s and 90s as a fantasy and science fiction fan meant accepting a few truths: Black people always die first in horror movies, the only Black women that exist are magical negro women to guide or seduce the white hero, and the only time you see more than two Black people in the future is when it’s a dystopia.

Black folks have been at the center of every American conspiracy from the Tuskegee experiments to the assassination of Dr. Martin Luther King, Jr. and the crack cocaine epidemic but somehow there was no Conspiracy Brother on X-Files?

While the depth and significance of Black characters in fantasy movies and television shows have improved in recent years, entire stories that are centered on Black characters are still a relatively new undertaking for Hollywood. Thankfully, Jordan Peele, who shocked and moved the world with racial horror and suspense mash-ups like Get Out and Us has given Black Americans the kind of exciting fantasy series that we’ve been longing for.

Lovecraft County which debuted on HBO Sunday, Aug. 16, is one of the best shows of 2020 and a must-watch for Black sci-fi and fantasy fans and newbies alike.

Lovecraft Country is based on the 2016 book of the same name that masterfully blends the themes of horror and fantasy from early 20th-century author H.P. Lovecraft’s work with the real-world horror of the Jim Crow south in the 1950s. H.P.

Lovecraft was an unrepentant bigot, with famous poems such as “On the Creation of Niggers” and through the show’s main characters, Atticus Freeman (played by Jonathan Majors), Uncle George Freeman (Courtney B. Vance) and Letitia “Leti” Lewis (Jurnee Smollett), the viewer navigates the prickly and interesting world of being a fan of fantasy but knowing full well that most of our nation’s iconic characters from Tarzan to Buck Rogers are stepped in racist tropes that were never meant for us.

As they go on their adventure from Chicago to the South, like many of Peele’s past works, Lovecraft Country dances between action and horror reminding us that for Black folks the real world of white supremacy and racism can be just as scary as the monsters under the bed.

The all-Black main cast is sprinkled with classic pulp archetypes that give you a glimpse of where the series may take them but at the same time gives you a sense of suspense about how they may get there.

Atticus is the bookish science fiction nerd turned hero, who comes back home from the Korean war, buff, suddenly sans glasses, and desperate to find his father who went missing pursuing some family conspiracy. Think Peter Parker turned Spider-Man if he was ripped and could handle a gun.

There’s his wise Uncle George who is the regional editor of the Green Book (the long-running guide that African Americans used to traverse the apartheid south during Jim Crow) and the elder of the group. Finally, there’s Letitia Lewis, a photographer, wanderer and mystery woman who’s alliteration name and independent spirit are obvious allusions to the kind of Lois Lone/Lara Croft badass that she plays in the group.

The fact that this mother-daughter duo is named after Wonder Woman and her mother (Hippolyta and Diana Prince/Wonder Woman) is the kind of Easter egg that not only portends a bigger role for these two but gives a nod to comic fans that their genre will be included as well.

While the cast is amazing with great chemistry from the opening scene, it cannot be understated how powerful it is to see a show centering Black people with Black skin living, loving laughing and having adventures with each other. Hollywood’s colorist obsession has been well documented and seeing that two of the most desired women on the show are browned skinned women larger than a size four is a welcome change from the usual racially ambiguous pixies that Hollywood has foisted upon the Black community.

Beyond the casting Lovecraft Country manages something that very few period piece fantasy shows manage, which is to build an actual intersectional world for the characters to live in. Most fantasy shows written by or centered on white characters are rife with cultural anachronisms, only touching on those subjects that a modern woke white audience wants to consider and erasing or papering over everything else.

Worse, to save the audience the trauma of America’s repressive history characters are awkwardly given modern attitudes on race, sexuality and gender that make no sense for the time period. Consider the recently released season 2 of Netflix’s Umbrella Academy (which is great, and you can totally skip season 1) which takes place in Dallas in the 1960s.

Significant time is spent on the struggles of living as a closeted white man or woman at the time, from religious oppression to slurs. Yet somehow Dallas police, some of the most notorious and brutal cops in America, never so much as utter the word ‘nigger’ while beating down Black Civil Rights activists in the street. A similar dynamic occurs in the much-ballyhooed Watchmen series from HBO earlier this year. The show is ostensibly about Black America’s long battle with racism, even going so far as to begin the show with a re-creation of the Tulsa terrorist attack.

However it’s almost like the writers couldn’t go too far and subsequently reduced the two Black men on the show to being cosplay for a white living GOD and the sidekick of in a dysfunctional relationship with his racist gay lover in the 50s. Rather than picking and choosing which part of America’s repressive past to allude to, Lovecraft Country simply lets their characters live in a messy world.

When Atticus catches a club owner having gay sex in a back alley, an acknowledgment of the closeted life Black men had to lead in the days of the 1950s, he is nonetheless shocked but not disgusted, a reflection of our somewhat more evolved attitudes of today.

While we’re encouraged by the modern loving way that George and Hippolyta encourage their Black daughter to pursue science and writing in the 1950s, we can’t forget that an old Black man in the ’50s (heck even today) might still need to be chin checked about calling a grown woman out her name even when she’s driving like a demon to save their lives.

While in the first episode Diana and Hippolyta are not centered, the season preview shows that they’ll be more than the disembodied worried voices on the phone that so many women are reduced to in movies and television. Rather than give us 2020 values draped over a 1950s landscape, Lovecraft Country gives us a nuanced view of Black life with a realization that even in oppressive times we still had evolved people.

Lovecraft Country is appointment television for Sunday nights. It’s scary, it’s funny, it’s suspenseful and sexy all in a way that is welcoming and familiar to Black audiences.

We can only hope that it sets the standard for how horror and fantasy are told, regardless of who’s centered, by Hollywood going forward.