Fox news host Laura Ingraham shares her opinion of the interview between Cardi B and Joe Biden. 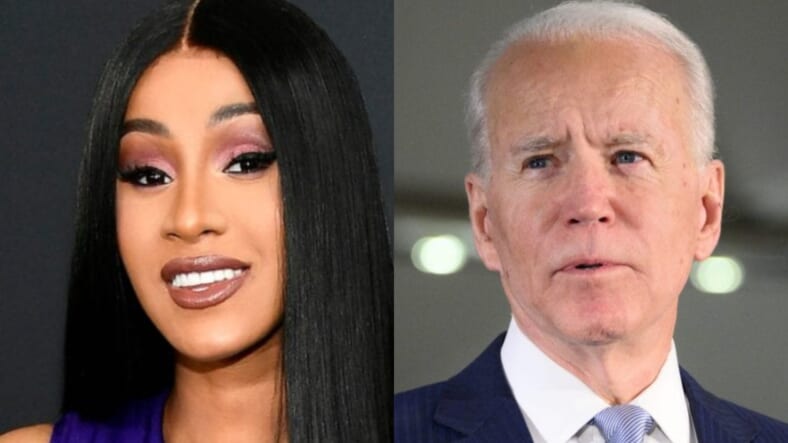 Fox News host Laura Ingraham offers her own critique of Cardi B‘s approach to politics and her No. 1 song “WAP.”

Housed on Elle Magazine‘s digital platforms, the conversation garnered attention as the United States nears election day. One person piqued by the casual yet poignant interview is Ingraham who offered her opinion on the discussion during an episode of her Fox News broadcast Ingraham Angle on Monday night.

Joined by Raymond Arroyo, a Fox News contributor, the two offer comments on Biden’s decision to sit down with the “Bodak Yellow” rapper and more.

READ MORE: Cardi B wants Rep. AOC to run for President in 2024

“This is the guy who did one interview today…he did it with Cardi B, who has the number one song in the country,” Arroyo exclaims.

The segment then airs a clip from a video presented by the Democratic Party in support of Biden. The commercial asserts Biden as a decent man which Ingraham laughs off due to his sit-down with Cardi B.

“And then he was chatting with this woman,” she laughs referring to Cardi B.

She continues, “What does meeting with Cardi B, virtually, get him?” after playing a few seconds of Cardi’s chart-topping collaboration with Megan Thee Stallion, “WAP.“

“When the world goes down, Biden goes high. But I can’t even describe to you the title of Cardi B’s song it’s so filthy and vile… the opening of the video reads ‘there’s some whores in this house,’ I’ll stop there,” he remarks.

Arroyo continues, “he’s attached himself in a vain quest, I guess, for African-American votes and young voters. He is attaching himself to someone who definitely does go low, admittedly, and probably one of the purveyors of a debased culture. If I had to name two or three people, she would be on that list. It’s amazing that a presidential candidate would elevate Cardi B like this.”

While the host acknowledges Cardi B’s “filthy lyrics,” as the rapper’s job, she tells her panel they have “permission to smother me with a pillow, if I at age 73 am trying to interview rappers.”

Watch the a clip of the segment here via Mediaite.