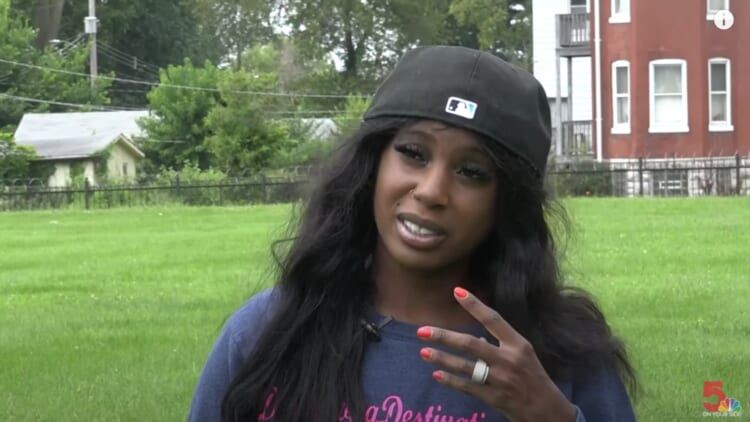 A Missouri man is reportedly on the run after authorities say he called a woman the N-word, pistol-whipped her and then shot her in the ear and neck.

According to KSDK, investigators are currently looking for Adam Lee Pillow who allegedly attacked April Brown, on August 6 while she was visiting a friend in Arnold, Missouri.

Brown says she had gotten into a dispute with one of her friend’s roommates and was attempting to leave when she says Pillow suddenly approached her and started yelling racial slurs.

Shortly thereafter, Brown claims she was then verbally attacked, explaining, “Then [he] held a gun from about 2 feet away, moved closer with the gun, called me the N-word again, then shot me on the left side of my face.”

Pillow is said to have then fled the scene while his victim was left wounded and disoriented.

As the manhunt continues Brown says she needs plastic surgery for her ear and is unsure if the damage done to her hearing will be permanent.

Although the incident would appear to be racially motivated, it is not yet known if Missouri authorities will consider the allegations and classify the case as a hate crime.

“I can’t eat at all, not even applesauce,” Brown said when asked how she’s been coping since the attack. “It was mortifying.”