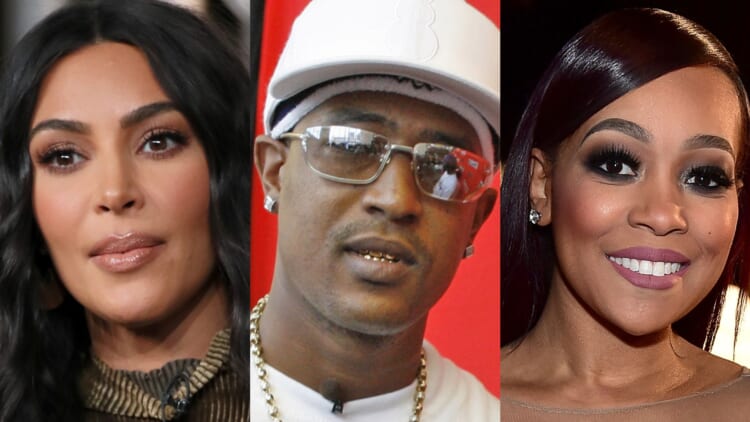 Singer Monica has made it her mission to help free her ex-boyfriend C-Murder from prison and she’s enlisted the aid of Kim Kardashian to bolster her efforts.

The rapper, whose real name is Corey Miller, is best known for being the brother of music mogul Percy “Master P” Miller. However, tragedy altered his life. In 2009, a jury of his peers found him guilty of second-degree murder in the 2002 fatal shooting case of a 16-year-old teen named Steve Thomas, NOLA.com reported.

Miller, 49, is currently serving a life sentence in the Louisiana State Penitentiary but his supporters say he is the victim of a corrupt criminal justice system that allowed false witness accounts and police interference to undermine his defense.

On August 10th, Monica announced to her followers that she was reinvigored to address what she believes had been a miscarriage of justice.

“You are not alone. The fight is about to change because you will not fight alone!,” she wrote in her caption. “Your daughter and Tru family deserve to have you with them! I’m about to be on some other s**t @cmurder.”

While the post got some attention, it later when viral over the weekend after Kardashian tweeted that she and her legal team would be assisting Monica in the fight.

“On January 18, 2002, a tragedy occurred when a young man was killed. The next day Corey Miller was arrested for the murder. The jury convicted Corey 10-2 and he was sentenced him (sic) to life in prison. If his trial was today, the jury would have had to be unanimous for him to be convicted,” she wrote on Twitter.

“Since his trial, witnesses have recanted, new evidence of his potential innocence has come to light, and there are claims of jurors being pressured into voting to convict,” Kardashian continued. “True justice for the young man requires that the person who actually killed him be held responsible and that Corey Miller he (sic) returned home to his kids.”

Miller is appreciative of the efforts of Monica and Kardashian. He wrote in an Instagram post Monday that he was able to sleep for the first time in years because of renewed hope.

“7 months ago I called @monicadenise & she conferenced in @kimkardashian ! I did not know Moses had been working to reach Kim. After our call for the first time in 19 years, I slept!! You can rest behind these walls but never do you actually sleep!,” he wrote.

“My case had been stagnant for years! So I published multiple books to help feed my kids & pay lawyers bare minimum! I am a man so it was no one’s responsibility to save me & no one attempted to! But when you trust God he will send his angels!”