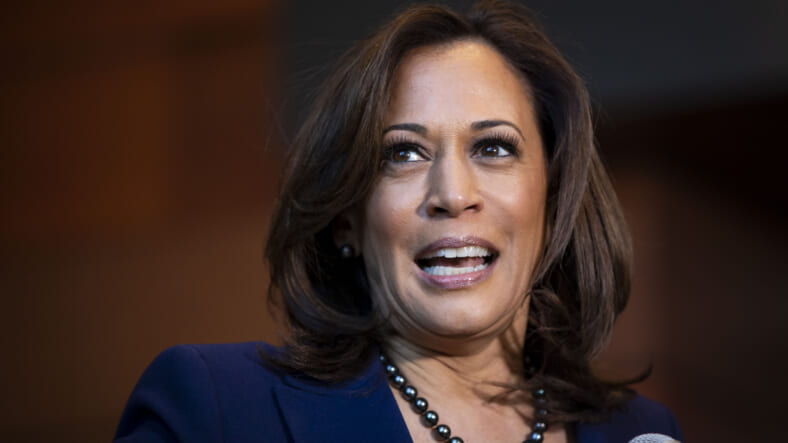 A cartoon in one of Rupert Murdoch’s papers in Australia has been criticized as sexist and racist over its depiction of Sen. Kamala Harris.

Read More: Kamala Harris says ‘there is no vaccine for racism’ in rousing DNC speech

Joe Biden, the Democratic nominee for president, announced last week that Harris would be his running mate. A cartoonist in Australia responded with a drawing in The Australian last Friday that’s been met with backlash, The New York Times reports.

Harris and Biden are drawn side by side with the caption, “It’s time to heal a nation divided by racism … so I’ll hand you over to this little brown girl while I go for a lie-down.”

Kevin Rudd, who served as Australia’s prime minister from 2007 to 2010 and returned to the post in 2013, was one of many who blasted the cartoon. He decried it as “racist and sexist” in a tweet and questioned the standards of the outlet owned by Murdoch who is the chairman of the media conglomerate News Corp.

“So how on earth does Murdoch editor Chris Dore justify publishing a racist and sexist cartoon about a US Senator who is likely to be the next Vice-President of the US? Murdoch is a Trump mouthpiece. But this is gross even by Murdoch’s gutter standards,” Rudd wrote.

Rudd filed a formal complaint with the Australian Press Council which regulates the industry. He declared the image as “drawing acute attention to [Harris’] gender and ethnicity” and that the cartoon was “deliberately race-baiting.”

He added, “The overall imputation of the cartoon is that Senator Harris is unsuited to high political office because she is immature — she is a ‘little brown girl’ — and is therefore only in her position because she benefits from charity or tokenism on the basis of race and gender.”

The Australian has stood by the cartoon and the artist, Johannes Leak. They denied any racial implications of the image and claimed it was in reference to Biden using similar phrasing.

“The words ‘little black and brown girls’ belong to Joe Biden, not Johannes, and were uttered by the presidential candidate when he named Kamala Harris as his running mate on Thursday; he repeated them in a tweet soon after,” Dore said in a statement.

He added, “The intention of Johannes’s commentary was to ridicule identity politics and demean racism, not perpetuate it.”

This is not the first time that Australian media outlets have been called out for their perceived racism. In September 2018, The Herald Sun published a picture of tennis superstar Serena Williams with exaggerated features reacting to defeat by jumping up and down on a racket after her U.S. Open loss to Naomi Osaka.

The Australian Press Council ruled last year that The Herald Sun had not acted with any malice. They declared, “The Council said the cartoon “uses exaggeration and absurdity to make its point but accepts the publisher’s claim that it does not depict Ms. Williams as an ape, rather showing her as ‘spitting the dummy’ a non-racist caricature familiar to most Australian readers.”