California made a 'false assumption' that 'fathers cannot handle parenting,' Dr. Donald Harris writes in an essay two years ago 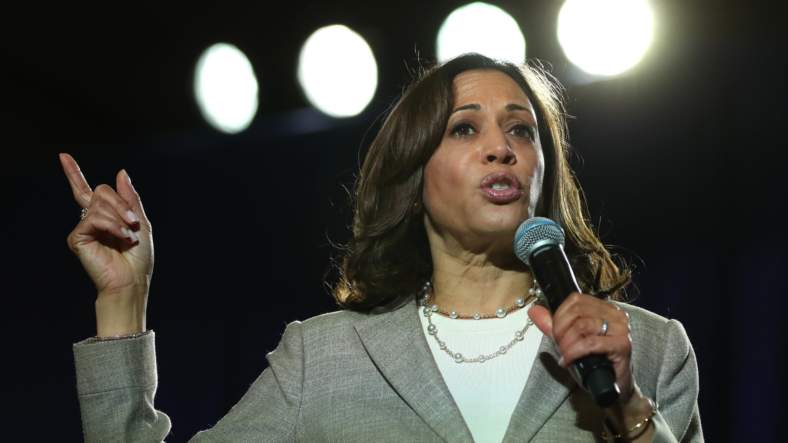 When U.S. Sen. Kamala Harris accepted the Democratic vice presidential nomination earlier this week to run alongside Joe Biden, she spoke of the great job her mother did raising her and her sister, Maya Harris, by herself.

“When I was 5, my parents split and my mother raised us mostly on her own. Like so many mothers, she worked around the clock to make it work,” the California Democrat said in her acceptance speech Wednesday night.

“Helping us with homework at the kitchen table — and shuttling us to church for choir practice. She made it look easy, though I know it never was.”

Harris’ mother, Dr. Shyamala Gopalan, met her former husband and Harris’ father, Dr. Donald Harris, at a civil rights protest in the 1960s while students at the University of California Berkeley. She was an Indian biochemist, he a Jamaican-born economics professor.

A bitter divorce in 1971 led to Donald Harris’ being largely absent in his daughters’ lives, though it was not from a lack of trying, according to The New York Times.

“This early phase of interaction with my children came to an abrupt halt in 1972 when … the context of the relationship was placed within arbitrary limits imposed by a court-ordered divorce settlement based on the false assumption by the State of California that fathers cannot handle parenting,” he wrote in a 2018 essay on Jamaica Global.

Donald Harris added that “especially in the case of this father, ‘a neegroe from da eyelans’ was the Yankee stereotype, who might just end up eating his children for breakfast!.”

Regardless, Donald Harris, 81, wrote that he “persisted, never giving up on my love for my children.” However, Gopalan gained custody and Donald Harris concluded that close contact with his daughter “came to an abrupt halt.”

The daughters weren’t too far from Donald Harris’ mind as he continued in his professional growth. He dedicated his 1978 book, “Capital Accumulation and Income Distribution”, to “Kamala and Maya.”