The family of Jacob Blake shares the traumatic effect the shooting had on his children and hopes to provide them with professional help and therapy. 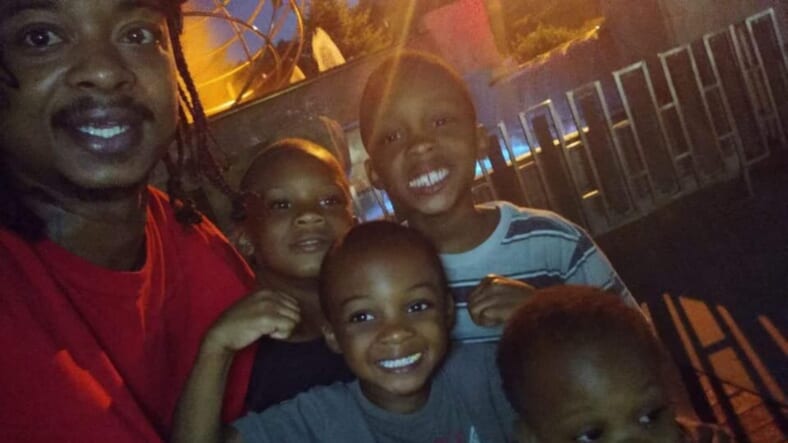 After witnessing a police officer shoot their father, the family of Jacob Blake say his children are in need of therapy.

During a conversation with TMZ on Thursday, the victim’s uncle, Justin Blake, shares the mental toll the ordeal is taking on the three boys who are aged 3, 5, and 8. He tells the outlet the children are in “desperate need” of professional help. According to the report, the family has begun their search for a fitting therapist or team of therapists.

When Blake was shot in the back by a Kenosha, WI officer, his three children witnessed the violent takedown from the back seat of their father’s vehicle. Wisconsin Attorney General Josh Kaul has since identified Officer Rusten Sheskey as the cop who fired his service weapon seven times while holding Blake’s shirt. Sheskey has been placed on administrative leave.

TMZ reports the children have not visited their father in the hospital, nor spoken to him via video chat services such as FaceTime since the shooting occurred.

Since the incident, Blake’s uncle is not the only family member speaking out. His sister and father both have been vocal for their loved one on their journey to justice.

“But my son matters. He’s a human being and he matters,” said the elder senior according to The Associated Press during a media briefing.

Democratic presidential nominee Joe Biden has reportedly spoken with the family after and joins their fight. theGrio reports he told the Blakes “justice must and will be done.”

“What I saw on that video makes me sick. Once again a Black man, Jacob Blake, has been shot by the police in broad daylight with the whole world watching, ” Biden said in a video uploaded on Twitter.

theGrio reports the case is now being handled on a federal level. The investigation will be led by the Wisconsin Department of Justice Division of Criminal Investigation and the FBI.

The 29-year-old remains paralyzed from the waist down from his injuries.