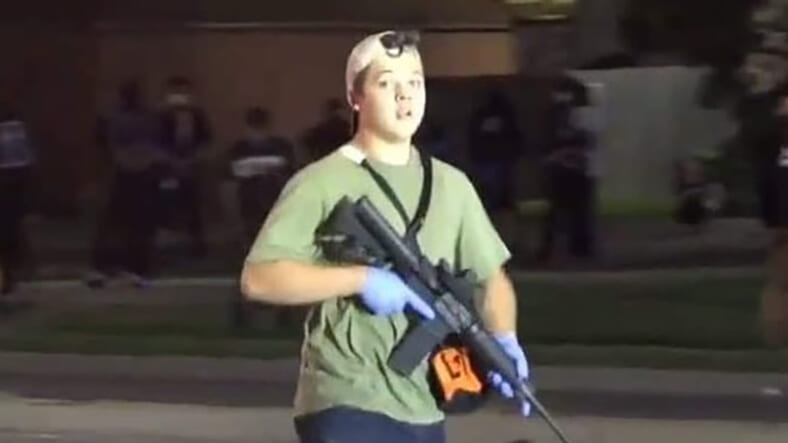 Despite the allegations against him, a Christian crowdfunding website hosted a fundraising campaign that raised almost $100K for Kenosha, Wisconsin shooting suspect Kyle Rittenhouse.

According to Newsweek, several other popular crowdfunding sites like GoFundMe and Fundly opted to deactivate campaigns attempting to raise money for the 17-year-old following his arrest on Wednesday.

READ MORE: Kenosha sheriff on Black men arrested in 2018: ‘cancer to our society’

But Christian based site GiveSendGo, which describes itself as “the leader in Christian funding,” has not only kept this most campaign on its platform but also managed to raise over $97,000 by Friday morning.

“Kyle Rittenhouse just defended himself from a brutal attack by multiple members of the far-leftist group ANTIFA—the experience was undoubtedly a brutal one, as he was forced to take two lives to defend his own,” read the campaign description, which also went on to opine that Rittenhouse was “unfairly charged” with murder for an incident that they believe “was clearly self-defense.”

Thursday, one of the site’s cofounders Heather Wilson, told Newsweek in a statement that her team was “committed to giving both sides of the political culture in our society an equal chance to let their voices be heard.”

Wilson also confirmed that GiveSendGo has no plans to take the campaign down.

As we previously reported, the law enforcement-obsessed teen sat in the front row at a rally for President Donald Trump in January.

He has now been charged with murder after shooting two people Monday during protests against police violence in Kenosha. Demonstrators took to the streets in the wake of Jacob Blake‘s shooting Sunday by Kenosha Police Officer Rusten Sheskey.

The teenager from Antioch, Illinois reportedly traveled across state lines, armed with what has been described as a “long gun,” to help support law enforcement and protect public property.