If they stay up until the Nov. 3 presidential election, the cost could total $120,000, according to average estimates. 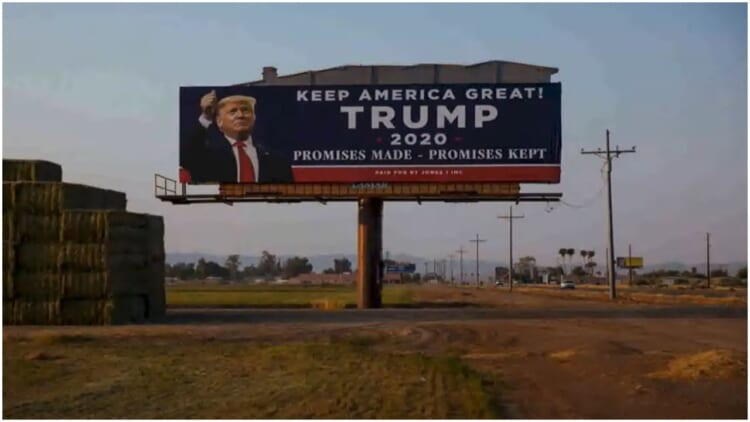 A small gas station in the desert town of Needles, California, is facing criticism after leasing several pro-Trump billboards using funds from a loan received through the federal government’s Paycheck Protection Program.

Jones 1 Inc., the company that owns the Shell gas station and travel center, was approved for a PPP loan between $150,000 and $350,000 in April, according to CNN. Joseph Jones, who owns the business, told the outlet that the loan was used to pay his 32 employees, not for the Trump billboards.

The billboards began popping up in August on Arizona State Route 95 and Interstate 40. The ads are estimated to cost between $10,000 and $30,000 for four weeks, according to Lamar Advertising. If they stay up until the Nov. 3 presidential election, the cost could total $120,000, according to the report.

Jones 1 Inc. allegedly used some of its PPL funds to lease “six beautiful Trump billboards” near the border of California and Arizona. The owner, however, claims the PPP money was used for payroll.

One version of the billboards reads “Trump Pence 2020” with the “Make America Great Again” slogan. Another has a picture of Trump giving a thumbs up and the quote “Promises Made – Promises Kept.”

“If you have enough capital to spend it on billboards, maybe you shouldn’t have been one of the companies to receive this loan,” said Liz Hempowicz, director of public policy at the Project On Government Oversight (POGO), a nonprofit watchdog group. “The responsibility really rested with the SBA and the administration to make sure they were spending these taxpayer dollars in a way that Congress intended.”

Jones has declined to confirm the total cost of the billboards but said it did not come close to $120,000.

“I simply wanted to support my president, that’s all there is to it,” he said.