Businesses are being targeted by the NYPD and FDNY in a project called MARCH. 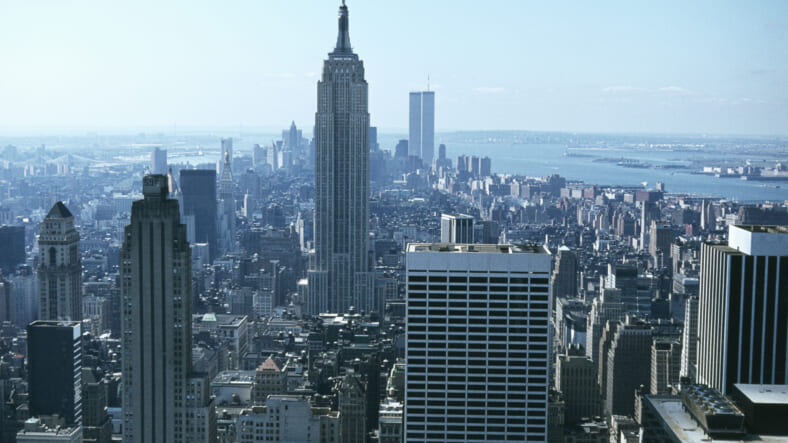 View of lower Manhattan from the South side of the Empire State Building, NYC, August 1979 (Photo by Frances M. Ginter/Getty Images)

As new tenants flock to “diverse” and “emerging” New York City neighborhoods, they are more likely to call the authorities on local activities, according to a Buzzfeed News report.

Businesses owned by minority groups are now being targeted by the NYPD and FDNY in a project called MARCH, or multiagency response to community hot spots.

The project targets businesses that are “affecting the quality of life” in a particular area, and makes sure that the businesses are monitored and regulated.

Many of these businesses, owned by members of the LGBTQ community and POC, have started racking up fines and code violations, while other businesses have been ignored.

Shanylka Hunt-Mitchell, owner of the Atlantic Boat Club in Brooklyn’s Prospect Heights, had her business reported to the police on two occasions.

Her business was fined $25,000, and she had her license temporarily suspended by the State Liquor Authority. She paid her fine and her liquor license was reinstated with a liquor license assistance and her lawyer’s help, BuzzFeed News reported.

Police kept a close eye on her business and she was fined a second time. She was fined $50,000 for allegedly violating social distancing protocols and serving a drink to someone, which was prohibited because only takeout orders were allowed at the time.

“It’s the responsibility of the location to keep things safe and to operate within code,” Jim Long, a spokesperson for the FDNY, told BuzzFeed News.

“Sometimes our inspections permit an opportunity to correct issues without a fine and there are other times when they will warrant a violation that could lead to a summons if not handled in an expedited fashion.”

Friends and Lovers owner Diana Mora, who is a Latina, had her business inspected by the fire department. She was fined for having candles in open glasses, exceeding the maximum number of people in the building, and having her bar’s license laminated.

In March 2018, Friends and Lovers received $2,500 worth of fines, causing the bar to shutter for weeks until the bar made changes. One of the bar’s required changes was to construct a new wall, which ended up costing about $50,000, BuzzFeed reported.