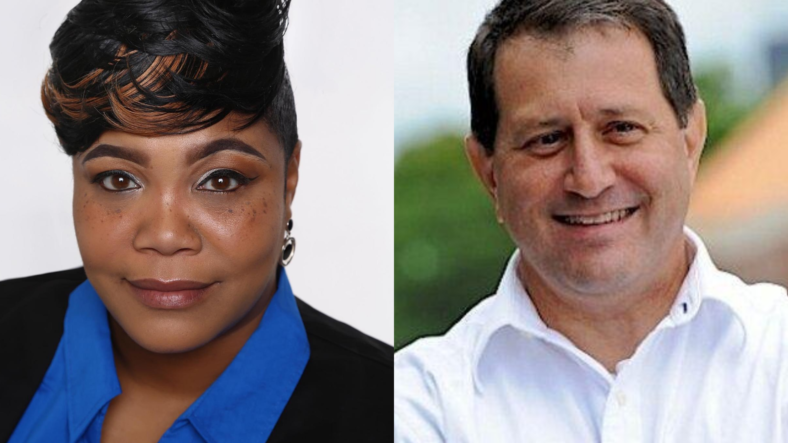 Editors Note: This article reported all eight non-BIPOC members of the caucus signed a letter however, seven white members and one Latina signed while one white member did not. We have updated the article to reflect the update and regret the error.

Sabrina LaMar, a freshman Legislator based in Rochester, NY, is speaking out after she says Congressman Joe Morelle attempted to use his power to have her fired from her university job.

LaMar filed an official complaint against Morelle after he allegedly contacted a colleague and demanded her firing, in response to her non-political work at the Rochester Institute of Technology (RIT). Rep. Morelle admits to contacting RIT but denies trying to get LaMar fired.

“We no longer have to lay down and just take this. We have the same rights as our male white counterparts and will no longer stand by idly and say and do nothing. Those days are over,” LaMar tells theGrio.

“Congressman Joe Morelle not only threatened me, but he threatened RIT and revealed to several people that he called RIT in an attempt to have me terminated from employment,” LaMar writes in her ethics claim, issued July 27th.

“It is widely known that RIT receives several federal grants and depends upon the federal government to conduct business. A call from a congressman in this manner is a threat to a private entity and is not befitting of a congressman, he needs to resign from office,” she says.

At RIT, LaMar works as the legislature project coordinator for community engagement to reduce victimization. Her position includes working with the community to curb gun violence in the Rochester area. In this capacity, LaMar was invited to an online show, hosted by Robin Wilt, a congressional candidate for the 25th congressional district and current town board member in Brighton, NY.

Robin Wilt was Rep. Morelle’s opponent in June’s Democratic primary and LaMar serves as a Democratic county legislator.  After LaMar appeared on Wilt’s show in April, Morelle questioned whether the appearance was acceptable.

Stendardi responded, assuring the congressman she would inquire through the proper channels. The communication, initiated by Rep. Morelle on April 28, was wrapped up in the same text thread by the VP by April 29.

Stendardi confirmed that LaMar was addressed about agreeing to do Wilt’s show. A department head informed Stendardi that although the appearance was not required, there was no problem prior to approval, and the legislator did not violate university policy.

However, LaMar was furloughed from her job shortly after that, and remained furloughed until August.

“When all of this was unfolding, I let it go,” LaMar tells theGrio. “I didn’t get fired. There was no harm, no foul.”

“But then I started getting calls from people like the mayor, the deputy mayor, and people in the county executive office saying that they sat in the meeting with Joe. He was openly bragging about him trying to get me fired,” LaMar continued.

LaMar declares the congressman’s actions were in violation of the Official Code of Ethics for the 116th, which states:

In the official complaint, LaMar describes an uneasiness after the incident:

“Since the call was made I have been afraid to adequately represent my positions for fear of retributions. But today, I refuse to continue to live in fear, which is why I am filing this complaint and asking for this committee to hold Congressman Morelle accountable for his abuse of power,” the legislator writes.

Also Read:
Black legislator says Congressman tried to get her fired for calling out racism

LaMar is supported by Rochester Mayor Lovely Warren, who says Morelle told her himself that he called RIT.

“The fact is, Congressman Morelle told me this personally, and he told others personally, that he made that call,” Mayor Warren tells theGrio.

“The purpose of that call was very clear. To threaten and to silence Ms. LaMar — a county legislator, a single mother, a strong Black woman, by putting her employment, and her ability to provide for her family at risk,” she continued.

Mayor Warren echoed the passionate words from her press conference in conversation with theGrio about the importance of standing with the legislator.

“Given a day and age where Black women and Black people, in general, have suffered so many egregious actions, to have a person of the stature in our community basically admit to making a phone call and retaliation against a Black woman, who a single mom, who is taking care of her mother, is absolutely wrong to me,” Mayor Warren tells theGrio.

“When she was ready to come forward and tell her truth. I wanted to make sure that I was there to support her because I also knew the truth,” Mayor Warren says.

The Mayor recalls a conversation with Congressman Morelle, after her former boss and mentor passed, where she claims Morelle admits to abusing his power in retaliation against LaMar after he alleges she called his son racist in a Facebook post.

“He basically, in so many words, and emphatically… said to me. ‘You know, I’m a very powerful man. Sabrina, she had no business calling my son a racist.’ It was just that flat,” Mayor Warren tells theGrio.

“I think that he was saying that to me as a warning for me to get in line, because if I wanted to continue in my position or continue to not have a problem with him, that I needed to recognize that my boss was gone now and that he was the person that was in charge,” she says.

According to LaMar, Rep. Morelle’s son, Joseph Morelle Jr., a legislator in District 17 and 9, and other legislators drafted a letter to the administration without consulting the entire caucus.  The letter, viewed by theGrio, discussed the appointment of a democratic election commissioner since the previous person in the role resigned.

She responded to the exclusion of not only herself, but all other minority and POC legislators left out. She shared a Facebook post, viewed in screenshots by theGrio, expressing her feelings surrounding the ordeal.

Joshua Bauroth, a member of the caucus clarified to theGrio that while eight white legislators are members, only seven signed the letter, with himself not adding a signature. The final counted signature came from a Latina member.

Her post was made April 28 around 7:00 a.m. By the afternoon, Morelle sent the initial texts to LaMar’s supervisor. Although Morelle denies making a call to get the legislator fired, the 63-year-old congressman offered an apology for the text messages.

“What is clear is that Ms. Lamar felt threatened, and was pained by that. And I want to apologize to her for that,” Morelle said during an interview with Spectrum News. “I certainly did not intend to do that, but sometimes my actions fall short of the standards I try to set for myself, and for that, I’m very sorry.”

“I make mistakes; I have to make judgments every day,” he continued. “My parents taught me at an early age when you make a mistake, you should own up to it, you should apologize for it, you should learn from it. And that’s what I’m doing.”

As for LaMar, she is diligent in her efforts. She tells theGrio that she hopes real change comes from her actions, not just apologies.

“I would like to see Joe [Morelle] resign and also for him to be reprimanded by whomever is the overseer of the ethics committee as it relates to the House of Representatives or the Office of Congressional Ethics,” LaMar tells theGrio.

LaMar says since going public with her grievances, local Democrats have only become more divided, resulting in “white-only” meetings and a Black/Asian caucus forming.

“[Morelle]’s actions toward me and others demonstrate that he is not befitting to represent this city or this country in Congress,” LaMar tells theGrio. “I also want a real apology. Not that B.S. he said, ‘I’m sorry if I hurt your feelings’– a real apology. I want to see him work towards healing our fractured party and really taking responsibility for his actions and come up with some ways to correct it.“

At the time of publication, Rep. Morelle’s office did not yet reply to theGrio‘s request for comment.

This story will be updated to reflect new developments.

Additional reporting for this story was conducted by Natasha S. Alford.