Wallace Fountain and his wife Beverly insist the shooting had nothing to do with race. 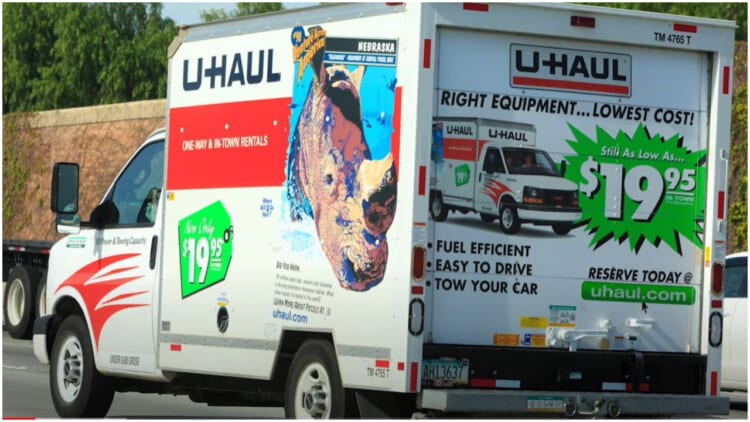 A white Florida couple was arrested last week after shooting at a Black father and his son who were dropping off a U-Haul van.

Charles McMillon Jr. was with his 10-year-old son and childhood friend Kendrick Clemons when they returned the rental to a U-Haul facility in Tallahassee Thursday night (Aug. 27). McMillion says they were sitting in his truck preparing to leave as a gunshot rang out.

That’s when he and Clemons noticed an older couple approaching the truck shouting at the men “Don’t move!” and to surrender, McMillon told the Tallahassee Democrat. Rather than comply, as racists often demand of Black people, McMillon sped off to the sound of more gunfire.

“It was a life-threatening situation,” McMillon said. “I didn’t even know where I was going. I had my head down and I was making sure my son was covered. And I just pushed the gas to the floor. Didn’t know if I was going to hit something or not.”

A police officer happened to be in the parking lot at the time and confronted the couple.  The shooters were later identified as Wallace Fountain, 77, and his wife, Beverly Fountain, 72, the owners of the strip mall. They were arrested that night on three counts of aggravated assault with a deadly weapon without intent to kill, according to the report.

The Fountains had been surveilling the location inside a U-Haul of their own, claiming they were having problems with people stealing gas from their fleet of U-Haul trucks. During their arrest, officers found a shotgun in their U-Haul and the couple were carrying several pistols, including a .357-caliber Magnum and a Glock 19.

“They saw three Black people, unarmed, dropping off a U-Haul,” McMillon said. “They got guns, they started shooting. That’s why it’s racially motivated.”

Beverly told the Tallahassee Democrat that the shooting had nothing to do with race.

“Were they Black?” she asked. “We weren’t going off on that at all. You’ve got vandalism and theft going on at your property. Trying to protect your property — that’s the only issue.”

The Fountains claim they did not notice the men’s skin color, they were simply trying to protect their property.

McMillon and Clemons are speaking publicly about the incident to make sure they get justice. They now intend to sue U-Haul and the property owners.

“This country is seeing a wave of anti-Black vigilantism,” said one of their lawyers, Charles Gee. “And what we’re seeing that almost happened … is someone taking the law into their own hands and serving as cop, judge, jury and ultimately executioner.”

Beverly said this entire situation has been “out of proportion.”

“The whole country has gone to hell with all these riots,” she said. “One incident was blown out of proportion.”

The Fountains were released without bond and ordered to surrender their firearms until the case is resolved.

“If we’re the ones shooting at them, we would still be in jail right now, probably with no bond, probably with intent to kill,” Clemons said. “But they got to walk free.”