The teenager reportedly suffered injuries to his intestines, bladder, shoulder and ankles. 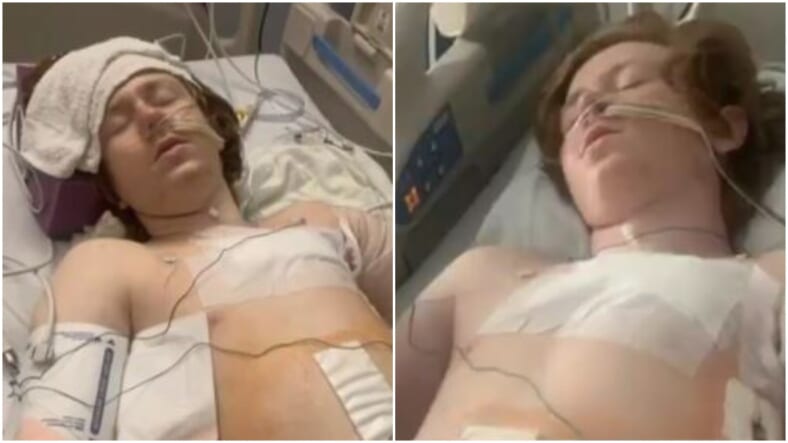 The mother of a 13-year-old autistic boy is speaking out after he was shot by a police officer in Salt Lake City on Friday night.

Golda Barton’s son Linden Cameron has Asperger syndrome, and she told CNN that on Sept. 4, he was having a hard time coping with her going back to work after nearly a year. When he suffered a “mental breakdown,” Barton called the police and asked for a crisis intervention team to help manage the situation.

“I said, ‘Look, he’s unarmed. He doesn’t have anything. He just gets mad and he starts yelling and screaming,'” Barton told CNN affiliate KUTV about her call to law enforcement. “He’s a kid, he’s trying to get attention. He doesn’t know how to regulate.”

When police arrived, Cameron ran away. Moments later, Barton heard “get down on the ground” followed by several gunshots. A Salt Lake City police officer repeatedly shot the teenager, leaving him in serious condition. He reportedly suffered injuries to his intestines, bladder, shoulder and ankles.

“Why didn’t they tase him? Why didn’t they shoot him with a rubber bullet?” Barton told the station. “He’s a small child. Why don’t you just tackle him? You are big police officers with massive amounts of resources.”

Salt Lake City Police Sgt. Keith Horrocks said in a news conference that officers had been called to the area because Cameron was having a “psychological episode and had made threats to some folks with the weapon.”

Barton says her son was unarmed during the shooting, and police reportedly didn’t find a weapon at the scene.

“Mom can say whatever she wants, but there’s this investigation that has to happen and this process that has to take place,” Detective Greg Wilking, a spokesperson for the Salt Lake City Police Department, told CNN.

“While the full details of this incident are yet to be released as an investigation takes place, I will say that I am thankful this young boy is alive and no one else was injured,” Salt Lake City Mayor Erin Mendenhall said in statement to KUTV. “No matter the circumstances, what happened on Friday night is a tragedy and I expect this investigation to be handled swiftly and transparently for the sake of everyone involved.”

Barton wrote in a GoFundMe page for her son’s medical bills that he is a boy who loves “video games, four wheeling, and longboarding” and “is always looking for ways to help people out.”