Nick Starr-Street claims being autistic gives him a binary perspective and pushed him to report a group of Black women to police, but other video has surface showing a racist pattern 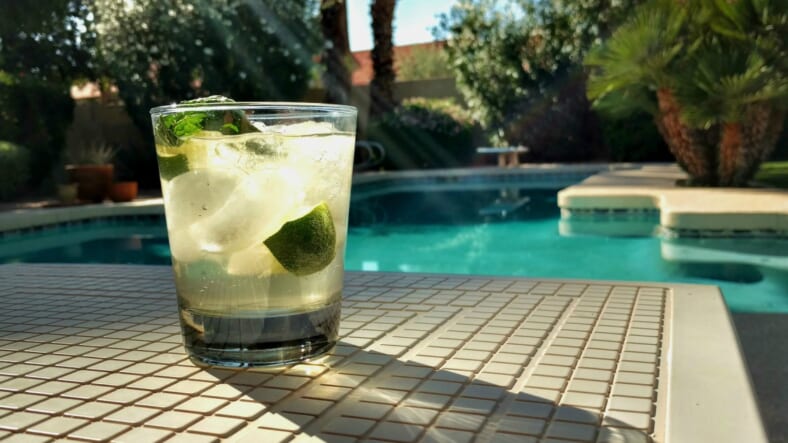 An autistic man says his condition was the catalyst that caused him to repeatedly call police on several Black women relaxing at the pool of his apartment complex and because of it he insists that he’s not a racist.

Nick Starr-Street took to social media to tell his side of the story after several videos of him went viral depicting him allegedly harassing two groups of Black women on separate occasions for breaking pool rules.

After widespread backlash, he maintains his actions were a symptom of his autism, Yahoo! reports.

“I’m autistic and lack a gauge that goes anywhere but 0 and 100,” Starr-Street wrote on Facebook. “When I see a lease violation, I call it out and do everything in my power to make sure it is resolved, no matter who is the person violating.”

In one situation, Starr-Street reportedly called police on Felecia Soso and her friends while they were at The Edition Apartments in Hyattsville, Md., because they had glassware near the pool. Starr-Street says residents are not allowed to bring glass to the pool so he decided to take up the issue himself with the alleged violators on June 22.

Soso said on social media that Starr-Street yelled at her and her friends as they chilled out and enjoyed music. He recorded her friend admitting to having the glassware and promising to get rid of it.

“What else do I need to do for you to be comfortable?” the woman said in the video.

Starr-Street showed the leasing office the video but when they reportedly failed to take action on the issue, he continued took the issue up with the Hyattsville Police Department.Two officers arrived on the scene soon after he made the call to them.

“I see this stuff online but having this happen in person like BLATANT racism for NO reason at ALLLLLLLLL,” Soso wrote on Twitter. “I’ve honestly seen SO MANY TYPES of racism…but we weren’t doing ANYTHING BUT EXISTING.”

So my friends and I are chilling by the pool right.. SEVEN BLACK WOMEN..
Not being loud, super chill, playing quiet music, (I could barely even hear it in the actual pool), other people were at the pool (white women children, etc)

The next day, another woman, Gaëlle Claude recorded an instance of alleged “stalking” by Starr-Street who she says followed her and a friend for nearly a mile.

This white man literally stalked us from his apartment for damn near a mile just cause we were at the pool drinking wine and taking pictures. Called the police and all…I cannot make this up smh pic.twitter.com/96tGTSykUZ

Starr-Street said he called the police on the women and followed them because they allegedly attacked him, punched him in the chest and left with a bruise.

“I called 911 and chased after my attackers as I wasn’t going to let someone get away with physically assaulting me, again the autism thing where my sense of justice and right and wrong go right to 100 percent,” Starr-Street writes on his Facebook.

“Without a single word being uttered I was punched by a woman at the pool. She left a now purple bruise on my chest, and my phone went out of my hands,” Starr-Street recalled.

“I think because of the way that my mind works, I don’t always click with other people,” Starr-Street told WUSA9. “I don’t understand when people get upset over the things that I say or do. To me, that’s just how I feel.”

“It is a sad day that people choose to jump to a ‘card’ to further their cause when they know deep down they are simply lying,” Starr-Street wrote on Facebook.

However, Starr-Street, who is gay, doesn’t consider himself as an LGBTQ community ally, and has been known to post anti-LGBTQ and racist comments on social media.

Now he says he’s the victim of Claude and Soso and his house has been vandalized following their claims on social media that he was being a menace, WUSA9 reported.