Ronald Kerzaya is under investigation and has been reassigned to an 'administrative role' following the incident. 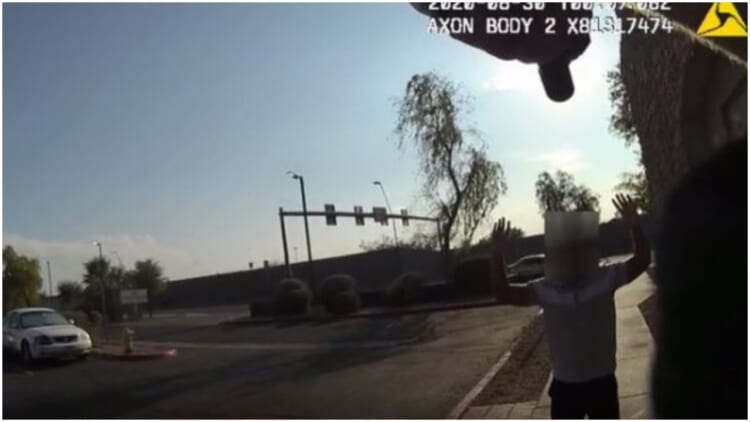 A Tempe, Arizona, police officer is under investigation after he held a Black hotel employee at gunpoint while searching for a white suspect.

Officer Ronald Kerzaya has been reassigned to an “administrative role,” following the August 29 incident, the police department announced Thursday.

Kerzaya was one of several officers who responded to a call from Hawthorn Suites about a suspect with a gun who taunted an employee, NBC News reports. The hotel manager’s description of the suspect included that he was white and that he would be exiting through a certain door, according to surveillance footage.

Video from the officer’s body-camera shows him going to that door with his gun drawn. When the door opens, however, out steps a Black male employee named Tre.

Watch the news report below. 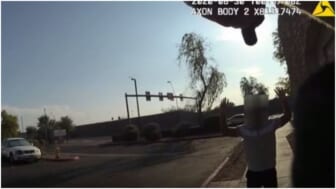 Kerzaya holds Tre at gunpoint for more than 2 minutes while he verifies employment.

The armed white suspect was not located, according to the report.

“Our initial review indicates that this incident was not handled in accordance with the professionalism and respectful behavior that we, and the public, have for our officers,” the Tempe Police Department said in a statement.

Mayor Corey Woods also noted in a statement, “While the matter is under investigation and we will await the outcome of that examination, from our early review of the body camera footage, the Officer’s actions were not a demonstration of the quality of service or treatment of people that Tempe seeks to, can and must provide.”

Woods said of Tre, “We all can imagine the horrible feelings—the humiliation and fear—that the employee felt during the incident and since.”

Officer Kerzaya has been with the force for 4 years. He was previously involved in the controversial tasing of a Black man holding a baby last year. An internal investigation concluded he did nothing wrong.

Mayor Woods said of Kerzaya’s moment with Tre, “The fact that no one was injured is a great relief, but that does little to reduce the dissatisfaction with this incident.”