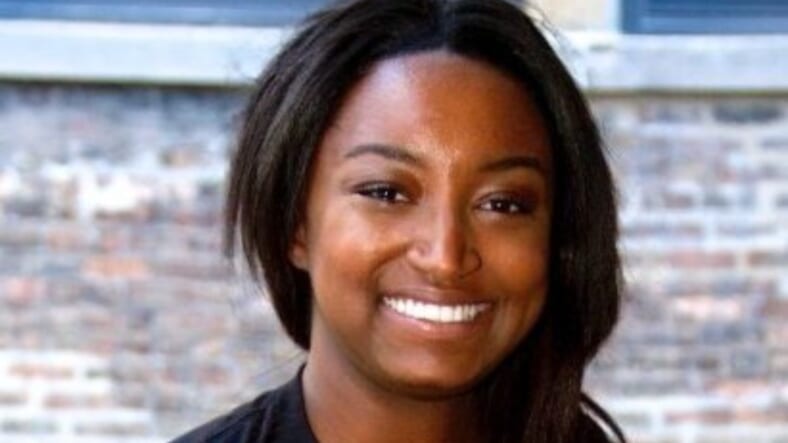 Hearken is a female-founded tech consulting company whose founding principle is helping organizations to “listen better to those they serve.” However, a Black former employee claims that the Chicago-based company fell short of its own lofty ideals.

Alex Allen worked for Hearken for more than two years starting in Dec. 2017. She was the sales coordinator at the audience development company and was onboarded by her white, male predecessor who was leaving the company. But after she settled into the position, Allen learned that the job she’d been hired for previously had a managerial title.

According to Allen, she was the lowest-paid employee overall at Hearken where 87% of employees are women and 6% identify as multi-racial.

“Within the first three months in the role, I did really well. I helped launch a marketing campaign for them, helped them come up with some digital strategy, helped them increase their retention sales,” Allen tells theGrio in an exclusive interview. “Then I was in an accident that was not work-related.”

Allen’s injury necessitated surgery and months of physical therapy. She alleges this was one of the worst periods during her time at the company.

Allen says she was not offered any disability pay and had to rely on PTO for two weeks off. Unlike a white co-worker who went on maternity leave, Allen said the support for her life-altering circumstances was limited.

“There were no safeguards for anyone that was in a serious situation,” she tells theGrio.

Read More: How this businesswoman started a sunscreen brand that is selling nationwide

“Though there was nothing made for me or any type of new policies made for me, I found out after I was already recovered that the CEO did get disability insurance when a white [woman] got pregnant in the company. Within a few weeks, they came up with a maternity leave policy that was customized and made for her.”

Allen says she worked remotely for a few months and inquired about what she could do to improve her position, but her efforts were allegedly repeatedly rebuffed by Hearken co-founder Jennifer Brandel. Brandel served as the company’s CEO for five years before stepping down in June. She is now senior vice president of global partnerships and board chair of the merged Hearken and Switchboard.

Chelsea Haring assumed the CEO role but Allen accuses Haring of using her for “emotional labor” during the transition period. During this time, Allen was given a promotion but felt it was a “last resort” as another woman of color left the job and she was the only person who could take up the duties.

“Once I got the raise and title change, I think the racism in the organization showed up in a different form,” Allen declares.

She says the racism she experienced became more subtle.

“I think this is really telling with progressive organizations that I was basically emotionally caretaking for an all-white female leadership team,” she charges.  “So, there was a lot of uncertainty about the company and its future and I was pulled into all these private meetings, received all these text messages during odd hours, kind of sensitive information and people expressing their grievances. Meanwhile, I was only a manager.”

Allen adds, “There was no real reason to tell me any of this because I had no power to actually change it. All I could do was emotionally caretake.”

Allen shared exchanges she had with those in leadership, including Chief of Staff Tina Hart and Haring. A source familiar with the situation corroborated Allen’s full account of her experience at Hearken.

Allen says she ultimately left the company in February for her own “health and well being,” after health conditions such as fibroids worsened due to stress.

theGrio contacted Hearken and Brandel for comment about Allen’s claims and to inquire if any efforts had been made to change the alleged culture at the company.

The company responded, saying it has a policy not to discuss previous employees without their permission. But Haring and Hart did address the alleged atmosphere at the company via a statement:

“We are committed to listening, self-reflection AND taking responsibility for evolving the employee experience at Hearken. We’ve made improvements based on feedback we’ve heard directly from colleagues past and present, and patterns we’ve experienced as leaders at other resource-constrained startups,” the statement reads.

“As a company, and as individual leaders, we believe it’s our responsibility to continue to listen, learn, and evolve how we support our BIPOC colleagues.”

The statement also said that Brandel “took a class for managers on racial equity; and engaged in ongoing conversations with employees to address any concerns.”

Hearken also said new leadership was added to the team and efforts are being made to make sure there is equity, a review of promotion, and expanding networks to support racial justice.

Allen contends that it’s easy for companies like Hearken to put out statements but there needs to be a true commitment to resolving internal issues of disparity.

“I think these progressive organizations are very, very good at performance and that is something that I think needs to be called out,” Allen maintains.

Read More: Bobby Boone has a solution for Black business owners with storefronts

She continues, “They’re trying to fast forward to the solution, rather than grapple with what are the ways we perpetuate white supremacy? What are the ways that we have damaged the BIPOC community?”