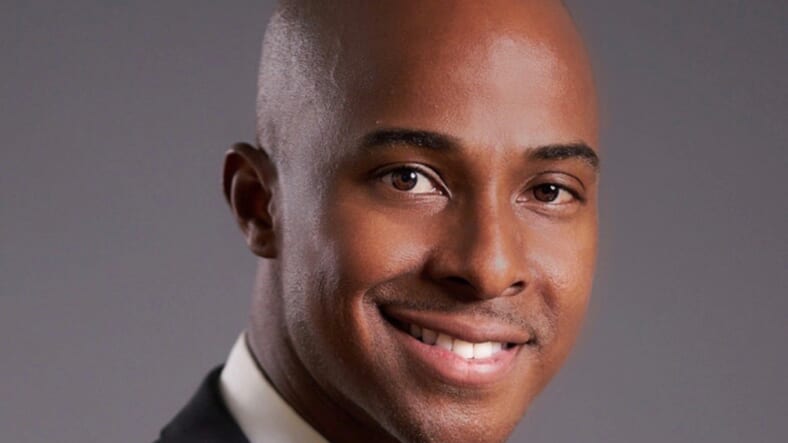 JPMorgan Chase is one of the big four big banks in the United States with assets of more than $1 trillion. However, a former employee contends that the Jamie Dimon-led company limits how much Black people – both staff and customers – can reap of those assets.

Ricardo M. Peters worked for JPMorgan Chase as a financial advisor in Phoenix, Arizona for 10 years. At one point, he was ranked #1 in the state and #34 in the nation overall. Despite those achievements, he claims he was passed over for promotions and treated differently from his white peers.

“It’s easy for us to be canceled out or passed over even though we have the accolades and the qualifications to be promoted,” Peters tells theGrio in an exclusive interview.

He adds, “I’ve experienced racial discrimination on every level.”

Peters says it took him longer than necessary to become a licensed banker due to the institutional racism within the banking giant, which impacted his compensation. It didn’t happen, he says, until a Black manager advocated on his behalf.

Once he received his license, Peters was given a rep code that spelled out ‘APE’ that made him the object of derision from his colleagues. When he asked to have it changed, he says he was told it couldn’t be, even though the company generated the code.

Peters shared microaggressions directed not just at him, but at the bank’s Black customers who were often profiled. Peters began documenting those encounters.

In one instance, his supervisor Frank Venniro was caught on tape disparaging a Black woman that had received a $372K settlement in her son’s death. Venniro, who is white, didn’t consider the woman a valid customer because she lived in Section 8 housing.

“What do you think’s going to happen with that money? It’s gone.”

Venniro ultimately resigned from the bank.

After that incident, Peters constantly felt his job was in jeopardy. In February 2018, instead of getting the promotion to private banker he felt he’d earned, Peters was transferred to a branch in a less affluent neighborhood and assigned a windowless office at the back of the bank.

The conflict came to a head in October of that year when Peters was fired by JPMorgan Chase for sales manipulation. He was accused of improperly assigning credit for a new client to an employee. It is a charge Peters denies and insists is a smear because he blew the whistle on bank practices.

“I complained to JPMorgan about my manager doing sales manipulation because it took a sale from the minority, another person of color there. It was supposed to go to him and [they] gave it to someone else,” he recounts.

Though Peters made a direct appeal to Dimon that he was terminated without cause, the firing was upheld. But he vows to clear his name despite taking on one of the biggest financial entities in the world. He says his efforts are not just for his own benefit but for others who’ve been through some of the same challenges.

“That’s the part where me being a man of faith kicked in,” Peters says. “I knew that there were so many other employees that didn’t have the time, the wherewithal, or even the stamina because it is a long process to go through this.”

Still, the ordeal has taken its toll on Peters. He gave many years of his life to JPMorgan Chase and envisioned being a part of the bank for many more years to come.

“When I tell you that I’m not the same man I was before – I’m broken because this company has broken me,” he shares.

When contacted by theGrio for a response to Peters’ allegations, Patricia Wexler, Chief Communications Officer at Chase, directed theGrio to a statement from Dimon to JPMC employees posted on the company’s website on December 13, 2019. The statement was made in response to the New York Times article published two days prior when Peters’ allegations were first reported.

“Racism has existed for too long – in our country, in our communities – and unfortunately, at times, even in our company. But it’s not who we are. We want all of you to be active in making needed progress,” Dimon said in the statement.

Wexler also said there was a “deep dive” by the company to evaluate its policies and create a more supportive culture. Co-presidents Gordon Smith and Daniel Pinto posted a follow-up statement to employees in March outlining some of the changes the company made, including hiring and retaining more Black and diverse employees and requiring company-wide diversity and inclusion training.

The statement read, in part:

“Some of these tenets include enhancing our employee feedback, making it easier for customers to access products and services and creating a more robust hiring process that would attract diverse talent.

“This all goes to say our work described above is representative of our deep commitment and is ongoing. It is not a “one and done” event. We will remain steadfast, continue to work now and in the future, and remain ever-vigilant in our effort to maintain a culture where racism cannot live or thrive.”

Peters is unconvinced. He believes JPMorgan Chase continues to evade accountability. He says that the bank just pays the fines for offenses others would get in serious trouble for.

For example, in 2018, the company agreed to a $264M settlement for bribing officials and paid a $55M fine in 2016 for discriminating against minority borrowers.

Though Dimon remains the CEO of JPMC, Peters questions his commitment to truly making change at the bank.

Dimon took a knee in June at the Mt. Kisco, N.Y., Chase branch, seemingly in support of Black Lives Matter. The movement has been rejuvenated since the death of George Floyd while in the custody of Minneapolis police on May 25. Peters found Dimon’s gesture performative, especially against the backdrop of his mistreatment as an employee.

“Vindication to me also looks like the story being told; the whole, the complete story and letting them have their 10 minutes, 15 minutes of shame. Jamie Dimon kneeling, [it] was the biggest sign of hypocrisy. Like, I wanted to throw up,” Peters says.

While fighting for vindication, Peters has used his experience as a springboard for a new venture. Peters founded Guardian Financial Wealth Management Inc. in Arizona to offer financial advice and retirement planning, among other goals.

“I love to teach my clients about financial literacy and about investing and giving them the power because knowledge is a part of this,” he asserts.

“The greatest thing a parent can give their child is not wealth, but the wealth of knowledge by showing them something and teaching them how to build wealth. ‘Cause that is something that will carry on a legacy and become a dynasty.”

Peters can be reached on social media at @Rpeter143