Investigators say Brandon Higgs told the victim 'This is my hood… Black motherf*ckers, go back to Africa.' 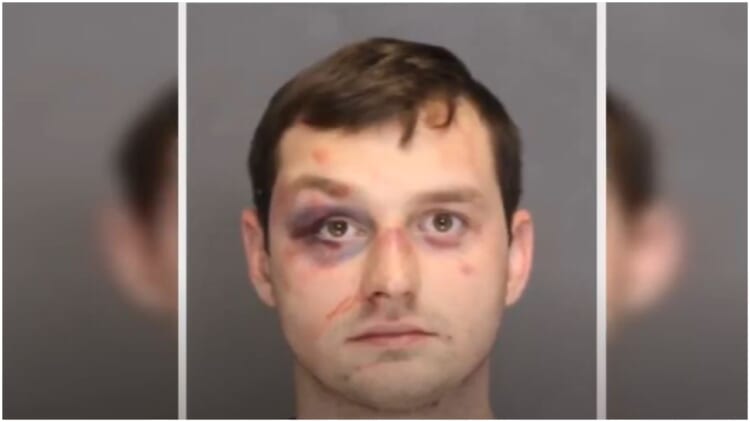 Brandon Higgs will spend over 20 years behind bars for charges related to the 2018 shooting of a Black man in Reisterstown, a suburb of Baltimore.

Investigators say 60-year-old Elvis Smith and 48-year-old Robert Peete first encountered the 26-year-old white supremacist as they laid concrete for a driveway at a residential home in December 2019. Higgs’ dog somehow got loose and ran across the wet concrete. The two men exchanged angry words with Higgs over the dog. Higgs became so enraged during the confrontation that he returned home and moments later emerged with a loaded gun, The Huffington Post reports.

Investigators say Higgs told Smith and Peete “This is my hood… Black motherf*ckers, go back to Africa.” That’s when a shoving match ensued between Smith and Higgs.

Peete said Higgs pointed the gun directly in his face but he managed to get out of the line of fire. According to HuffPost, the men struggled and the gun went off, with the bullet ripping through Smith’s leg and obliterating his tibia.

After the shooting received national attention, private online chat logs surfaced showing Higgs’ activity with white supremacist groups. In some of the messages he made clear his murderous hatred for Black people.

The Daily Beast linked him to “a long history of hate.”

Reportedly Higgs attended the “Unite the Right” rally in Charlottesville, Virginia, that turned violent and resulted in the death of Heather Hayer, a paralegal and civil rights activist.

The state did not mention Higgs’ connection to anti-Black extremist groups during opening statements. However, on his arm is a visible yellow tattoo of a lambda in a circle. According to the Anti-Defamation League, the tattoo is an Identitarian lambda, a symbol of the Identitarianism and opposed to multiculturalism.

The judge suspended 15 years of the sentence to 25 years in prison, plus five years probation.

“He’s got a long time to think about the shit he did,” Smith told HuffPost after the sentencing hearing in August. “So I’m happy.”