In the fight for Black lives, police remain arbiters of the truth

OPINION: The most visible cases of police brutality over the last decade have been about dueling stories between the public and the police.

It is already captured in our pop culture understanding that the police, when the needs suit them, can and will reconstruct reality. It is an ironic truism already acknowledged, embraced, and understood in our cultural understanding of what entails policing. It has allowed the police to redraw and maintain power by any means necessary.

Everyone, from The Simpsons, to Dave Chappelle to Lethal Weapon and the Batman movies to Watchmen have all swam in this moss of reality around police culture: that at the end of the day, it’s “they said vs. we said” when it comes to the police and citizens. The abuse of power, the ability to bend the rules, our own perceptions of the truth and our experiences when it collides with the law, have always been at play, always been at the mercy of law enforcement.

What is perhaps most galling is how the notion of bending the rules and misusing power and force has often transcended the caveats of “good” or “bad” cops; it has almost seamlessly been seen as a tool, a weapon even, of what it takes to do the job. It is the benefitted, privileged distinction that comes with policing; that cultural experience of what is “the role” and what is “the job.”

You’re familiar with all this. You’ve seen the movies and stories about police power on the job; the many forgiven sleights that come with doing the job, like roughing up informants; the “accidental” knock of a cuffed person’s head on the cruiser as their guided into the backseat; the intimidation tactics to scare people into talking.

All of this flashed into my mind reading the verdict around Breonna Taylor’s wrongful murder in her home. We don’t solely have a problem with police; we also have a problem with the storytelling power that comes with doing “the job.” In reality, the most visible cases of police brutality over the last decade have been about dueling stories between the public and the police. Those duels have been about accountability for police because of the perception of wrongful killings, apprehensions, detainments, fines and treatment when law enforcement gets involved.

The simple, obvious realities of situations like Walter Scott, Eric Garner, Freddie Gray, Philandro Castille, Korryn Gaines, George Floyd and now Breonna Taylor quickly become police procedural gaslighting of the public’s better, saner conscience — at least the conscience of those of us bold us enough to ask the question “why” or to directly call these profane acts what they are.

This has been the racial gaslighting that America has been willing to light for generations, dating back to the wrongful hangings of Black men during Jim Crow, actions which relied themselves on this same bending of reality through false accusations on everything ranging from rape to theft, to “obstinance.” You do not get thousands of Black people hanged and disappeared, jailed and beaten, bombed and razed without the undergirding of a society forgiving enough to allow you to lie and rewrite history. You do not get justice if we hold a mutual reality. We have so given up the ground on accountable, simple reality, as policing has its own language for its narrative-controlled violence: “rough rides,” “shakedowns”, etc.

We have to confront the problem with the spirit of power used against us; to confront the idea that no measure of policy reforms can stop the recreation of lies. For a very long time now, Black Americans, in particular, have learned to distrust the police, not just because of intentions but also because we know that in the game of “they said vs. we said.” they will win out every time.

It is also insufficient and begs the broader question of what we do about the job of policing when it comes with the perks of distorting reality?

Recent years have seen persistent, and rather effective impugnment of so many public sector workers. In education, we’ve managed to limit the powers and reach of traditional school districts and have placed the role, effectiveness and integrity of the teacher in question. We have, even as recent as this year, questioned the efficacy, judgment and competency of medical field professionals and the US Postal Service and its workers; in each case questioning and undermining the realities that both fields offer us.

And yet there’s still a hesitancy that we should question the authority, power and reality that surrounds policing, despite the reported existence of blackbox sites, corrupted officer cam footage, flimsy reports, conflicting narratives, and budgetary allotments that seem to defy the real world. But increasingly it’s clear that that’s the job, and as citizens, we have to begin questioning what is happening at the intersection of our consciences and our conveniences. Because it is convenient to dispel the dangerous, patterned incidents around policing reality if it serves to assuage our conscience to have to acknowledge that maintaining their right to own reality comes at a cost.

Weeks ago, at the invitation of a friend, I attended a daily vigil that takes place in Martha’s Vineyard since the news and protests associated with George, Breonna, Ahmaud and others’ slayings pierced our collective reality. There, at a docile intersection on a sunlit Saturday morning, a small community of people gathered and proceeded in a ritual that they’ve maintained everyday since June.

On a grassy lawn they huddle like an open-air church, and the story of a Black person wrongfully killed by the state, has their humanity, and their story shared, their name chanted three times in loving unison, and followed by a silent kneeling for 8:46 in reference to Floyd’s slow-murder. The group is normed around the idea that no fallen person’s story can be told too many times, because they had a full life, and no life can be accounted for in just one breath, and vigil attendees can ask to speak as many times as they want over the lifespan of the vigil — which currently has no planned end in sight as I overheard them making plans for the upcoming brittle winter months — as the telling of one human’s story by another keeps everyone collectively tethered to the ongoing drive toward justice and humanity.

In the detailing of the indictments, Breonna Talyor apparently neither warranted being named or even identified by her initials like the other victims were. She has, for all matter of legal justice, been written out of the story, out of judicial reality. This is why it has been crucially important to say her name, along with all the other Black people, particularly women, whose bodies have become chattel for police stories.

Saying Breonna’s name, through pain, indignation, exhaustion, anger, love, persistence, truth and justice is vital to keeping the truth of her story alive. How do we keep these stories alive? How do we push back on the reality being set ablaze around us? This is why people are gathering on lawns, taking to the streets, interrupting team meetings and pushing into virtual and literal social spaces to not allow us to forget.

The reality is that these were people, Black people, abnormally and violently taken out of their reality, had their stories cut short, and then their identities, circumstances, rationality, criminality malformed in an attempt to preserve the goodness and the power of the police state.

As the countdown to the public announcement of the verdict drew near, Louisville began putting in place safeguards and curfews, already preparing for a reality that they weren’t ready to face, but knew was the truth all the same. I am looking forward to the legions of citizens taking foot in urban and suburban centers all over the country reminding us that between indictments and omissions, there is truth. 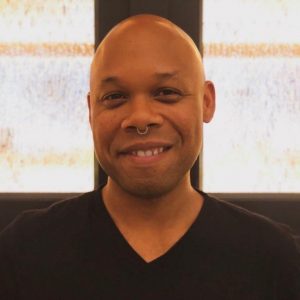 Tre Johnson is a freelance writer on race, culture, and identity with bylines in Washington Post, Rolling Stone, Slate, New York Times, Vanity Fair, and other major publications. He is based in Philadelphia, PA.