OPINION: Black people are no strangers to being shut out from medical care 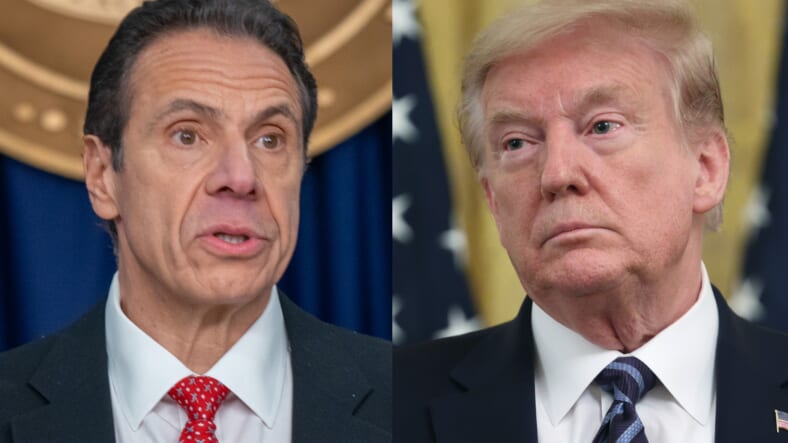 President Donald Trump’s 139th lawsuit may come at the hands of his arch-nemesis Governor Andrew Cuomo if he keeps the COVID-19 vaccine away from Black and Brown communities. (Photo: Getty Images)

President Donald Trump’s 139th lawsuit may come at the hands of his arch-nemesis Governor Andrew Cuomo if he keeps the COVID-19 vaccine away from Black and Brown communities, in what proves to be a fitting end to a tumultuous four-year run.

As if we needed any more drama in 2020, Cuomo called out the president’s plan to deliver doses of the vaccine from Big Pharma producers like Johnson & Johnson, Moderna, and Pfizer to private pharmacies citing flaws in the White House Coronavirus Task Force’s distribution model.

Historically these medication distribution models have not worked in favor of Black and Brown people because they rely too heavily on hospitals and big box store pharmacies rendering it less likely for low-income, uninsured, and marginalized communities to get the vaccine.

“Any plan that intentionally burdens communities of color to hinder access to the vaccine deprives those communities of equal protection under the law,” said Cuomo during a Sunday service at Riverside Church in New York City.

Cuomo went on to suggest that the Trump administration meet the people in the middle by including churches and community centers in its distribution plan.

I won’t hold my breath.

Black people are no strangers to being shut out from medical care. The withholding of the syphilis-curing drug, penicillin, to 300 Black men during the infamous Tuskegee syphilis experiment serves as a constant reminder of this nation’s disregard for Black life.

While access to quality healthcare has improved for all people since 1932, when the experiment was first started, health disparities still remain. African Americans have the lowest life expectancy of any racial group – 75 years old compared to 79 years old for white people.

The dubious distinction of early death is based on differences in our social determinants of health, the factors that govern our health. These differences are due to structural racism; historical and contemporary policies aimed at disproportionately segregating communities of color from equal access and opportunity to quality education, jobs, housing, healthcare, and equal treatment in the criminal justice system.

Diseases like COVID-19 do not discriminate, but they do spread more rapidly among those discriminated against.

Without having been a part of the task force’s meetings it’s impossible to know if the proposed rollout of the vaccine was meant to intentionally leave out those who have been and continue to be impacted most by the virus. I want to believe that is not the case but given this administration’s track record on matters of race it’s hard not to wonder.

Ordinarily, vaccines are first given to those at the highest risk. Given that Black and Brown people make up the highest percentage of essential workers, one would imagine that they would be at the front of the line, not the back.

Read More: Parents mourn the loss of daughter, 5, after she dies from COVID-19

Any distribution of the vaccine should be based on risk and risk alone – not race or class. Any other strategy loses sight of what’s best for the nation, which is to build herd immunity as quickly as possible by vaccinating everyone. A truly effective and equitable plan should leave no group behind.

Achieving 95 percent immunity, the number most scientists say would make them feel comfortable about the state of the disease, is a tall task that requires the removal of all socio-economic barriers. If any group is left behind it will undermine the heroic efforts of the public health community.

New York Attorney General Letitia James referred to Trump’s comments as “vindictive” and a ploy to “enact vengeance on those who oppose his politics.” I sincerely hope this is not the case, as our efforts should be focused on finalizing a safe, reliable and free vaccine; and mitigating vaccine hesitancy considering only 31 percent of Black Americans say they would take the new vaccine.

We are on the cusp of a pivotal moment in our history. Hopefully, we can put the childish rhetoric aside and focus on making America healthy again by doing what’s right by eliminating barriers to vaccination for all. 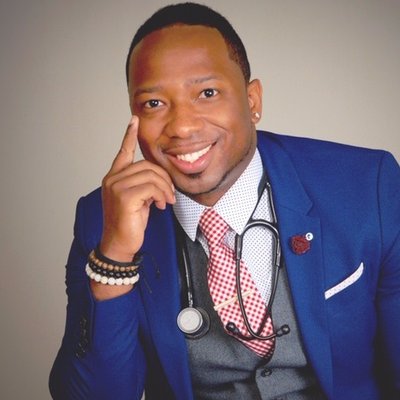 Dr. Shamard Charles is an assistant professor of public health and health promotion at St. Francis College and sits on the anti-bias review board of Dot Dash/VeryWell Health. He is also host of the health podcast, Heart Over Hype. He received his medical degree from the Warren Alpert Medical School of Brown University and his Masters of Public Health from Harvard’s T.H. Chan School of Public Health. Previously, he spent three years as a senior health journalist for NBC News and served as a Global Press Fellow for the United Nations Foundation. You can follow him on Instagram @askdrcharles or Twitter @DrCharles_NBC.