Despite the obstacles in front of them, Black voters were instrumental in making Trump a one-term president.

But these claims were proven wrong by the 2020 election results. Black voters showed up in the general election despite a years-long voter suppression campaign run by conservatives. In addition to voter ID laws, felon disenfranchisement, and cuts to precinct locations, there was a massive internet disinformation campaign targeting Black voters. The goal of the campaign was not to convince Black people to become conservatives, but to prevent them from turning out altogether.

In the face of all of these challenges, Black voters still made their voices heard and played a decisive role in both the primary and the general election. In the primary, Black voters in the South saved Biden’s candidacy and revived a campaign on the brink of collapse. And in the general, Black voters turned out in key cities such as Philadelphia, Milwaukee, Detroit, and Atlanta.

For instance, Biden only won the state of Georgia by about 14,000 votes. With lower Black turnout, Trump easily wins the state. It is important to remember that a number of experts actually expected Black turnout to fall and for Trump to make major gains, particularly with young Black voters. Instead, the opposite happened.

Despite the obstacles in front of them, Black voters were instrumental in making Trump a one-term president.

After the first three Democratic primary contests, Bernie Sanders held a delegate lead, a popular vote lead, and a polling lead. Sanders was quickly anointed frontrunner status after Iowa, New Hampshire, and Nevada, and Biden’s campaign was written off. The logic was that if Sanders could have a win in South Carolina — even a narrow one — he would be able to roll through the southern states and wrap up the nomination on Super Tuesday.

Despite Black primary voters playing a crucial role in determining Obama’s nomination in 2008 and Hillary Clinton’s nomination in 2016, they were largely ignored in much of the 2019 run-up to the primary. The media often focused on candidates such as liberals Elizabeth Warren and Pete Buttigieg, who had virtually no connection to the Black voters who were so critical to winning Democratic primaries.

Black Voters Showed Up In The General

Younger Black voters have reported identifying a bit less with Democrats than their elders do, and were more likely to say they were undecided in polls when asked about a Biden-Trump matchup. But these fears turned out to be largely overblown. Undecided young Black voters “came home,” as evidenced by the exit polls reported by The New York Times.

This was a significantly lower Trump vote share than any other demographic group, as 58% of white voters chose Trump, along with 32% of Latinos and 34% of Asians. Even among white college graduates, a group lauded for their move toward Democrats in recent years, Trump still received 48% of the vote. Trump received the same percentage — 48% — in the suburbs.

But it wasn’t just that Black voters chose Democrats at the traditional rate, it was also that they turned out in a race where many thought they wouldn’t. 2020 had the highest national turnout in about a century and Black voters didn’t sit out. The power of Black voters is highlighted most in Atlanta, because of Georgia’s razor-thin margins. If a few thousand Black voters decided not to show up, then Biden doesn’t become the first Democrat to win Georgia in a presidential election since 1992.

But Black voters also played a major role in Pennsylvania (margin of over 60,000), Michigan (margin of about 150,000), and Wisconsin (margin of about 20,000), the three midwestern states that Biden needed to win to get to 270 Electoral College votes.

There is also evidence that Black voters showed up at high rates, even in red states. In Knoxville, Tennessee, several majority Black precincts reported record high turnout, with some precincts giving as much as 90% of their vote share to Biden. Biden’s candidacy — and antipathy toward Trump — drove Black turnout across the country.

Other Democratic Primary Candidates Were Weaker Than Biden

Biden was able to run ahead of Congressional Democrats because he was able to cultivate a broad coalition of people of color across the board and white suburbanites. Biden also did a little bit better than Clinton in rural areas.

The president-elect was able to withstand Republican negative messaging on “socialism” while still highlighting racial justice more than past Democratic nominees. Biden’s electoral strength was real, and there is evidence that other Democratic primary candidates wouldn’t have been able to replicate Biden’s 2020 success.

Biden’s ability to win a general election and build a broad coalition has now been proven, but he almost didn’t have the opportunity. Without Black voters, Democrats could have nominated Warren or Sanders — candidates who struggled to build a diverse coalition during the primaries and who likely would have continued to struggle during the general election.

Black voters in the primary didn’t just choose their first option, they also chose the candidate they felt had the best probability of defeating Trump. Biden has proven the political instincts of Black voters right, by being able to build a diverse coalition and draw in more white suburban voters than Democrats have in past general elections.

Black voters were absolutely central to Biden’s nomination and Trump’s defeat. Black voters decided the primary and prevented Democrats from nominating a candidate who couldn’t defeat Trump. And then during the general election, Black voters showed up in key cities in big numbers, helping to push states like Georgia over the top.

According to a report from Bloomberg: “Between 1970 and 2000, the share of African Americans living in suburban Atlanta increased from 27 percent to 78 percent; while in greater Washington D.C it rose from 25 percent in 1970 to 82 percent.”

The increasing political shift of the suburbs is happening in part because of changes in the types of people who live there.

What Black voters were able to do in 2020 is all the more impressive when you remember the national disinformation campaign that was pushing them to stay home. Many of the young Black voters who were undecided, when it came down to it, decided to cast their vote for Biden.

Black voters have the power to decide who presidents are, and without them, Trump would be heading for a second term. The good news is that Biden seems to understand this, and said that he will “always have [the Black community’s] back” in his victory speech.

The president-elect will have a tough road ahead of him, likely with a divided Congress and a pandemic that will still be raging when he is inaugurated in January. But he is in the position to end the pandemic and reverse Trump’s executive orders because of how Black voters showed up for him this year. 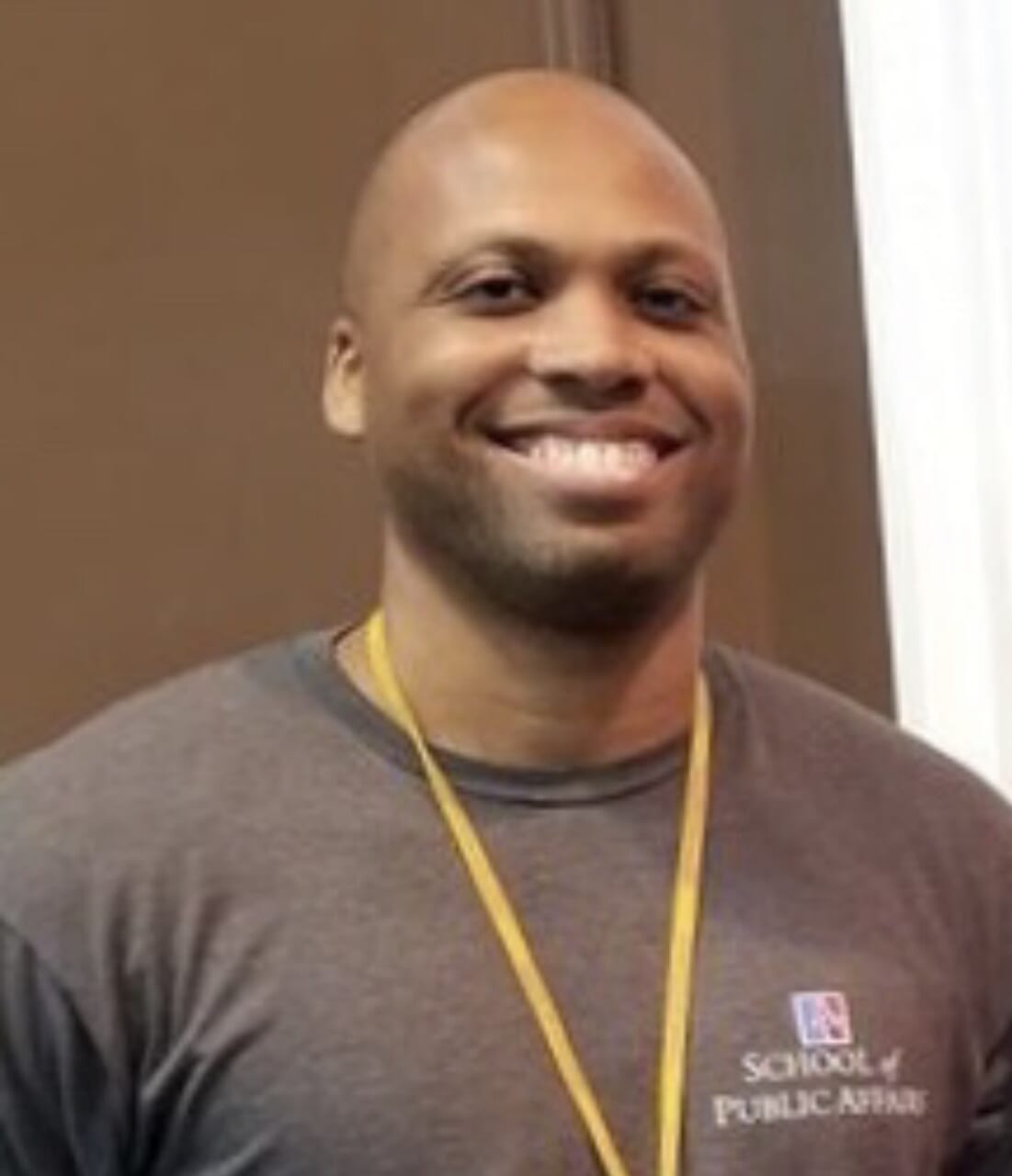 Marcus Johnson is a PhD student at American University. He is interested in studying race in politics and the racial wealth gap between black and white families.