As President-elect Joe Biden prepares to take office, he announced a new COVID-19 task force as he plans to make coronavirus a priority. 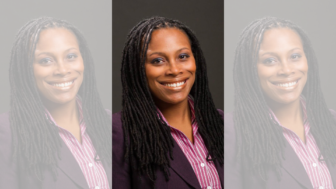 Among those hired for the newly formed advisory board include Dr. Marcella Nunez-Smith, serving as co-chair. She works as a professor at Yale and advisor to Connecticut’s state response to coronavirus.

The Biden transition team confirmed to theGrio on Monday the appointment of Nunez-Smith and praised her as being a part of a group that will provide comprehensive guidance for battling COVID-19.

“This trusted and accomplished team of leaders will bring the highest level of integrity, scientific rigor, and crisis-management experience to one of the toughest challenges America has ever faced — getting the pandemic under control so that the American people can get back to work, back to their lives, and back to their loved ones,” Biden said in a statement.

“This team of world-class medical experts and public servants will be ready on day one to mobilize every resource of the federal government to expand testing and masking, oversee the safe, equitable, and free distribution of treatments and vaccines, re-open schools and businesses safely, lower prescription drug and other health costs and expand affordable health care to all Americans, and rally the country and restore the belief that there is nothing beyond America’s capacity if we do it together.”

According to her official bio provided by Yale, Dr. Nunez-Smith is an Associate Professor at the Yale Schools of Medicine and Public Health, Deputy Director for Health Equity Research and Workforce Development for the Yale Center for Clinical Investigation, Core Faculty in the Robert Wood Johnson Foundation Clinical Scholars Program, and Research Faculty at Yale’s Global Health Leadership Institute. She earned a BA from Swarthmore College, an MD from Jefferson Medical College, and an MHS from Yale University.

theGrio reported Biden announced the team of health professionals enlisted to assist in the battle against the pandemic in November. The board also included Rick Bright, a vaccine specialist and former head of the Biomedical Advanced Research and Development Authority. Notably, Bright filed a whistleblower complaint, claiming he was reassigned to a lesser position because he resisted pressure to encourage widespread use of hydroxychloroquine pushed by President Donald Trump as a COVID-19 treatment.

Connecticut Governor Ned Lamont shared his approval of the appointment of Dr. Nunez-Smith and Ezekiel “Zeke” Emanuel to Biden’s task force on Twitter. Zeke also served as a special adviser for health policy in the Obama administration.

“Pleased to see that members of CT’s COVID science team are recognized around the country,” he wrote.

theGrio reported Biden has monitored COVID-19 vaccine progress and is hopeful but still remains adamant that the country must wear protective masks to stop the spread of the virus.

“Even if that is achieved, and some Americans are vaccinated later this year, it will be many more months before there is widespread vaccination in this country,” Biden said.