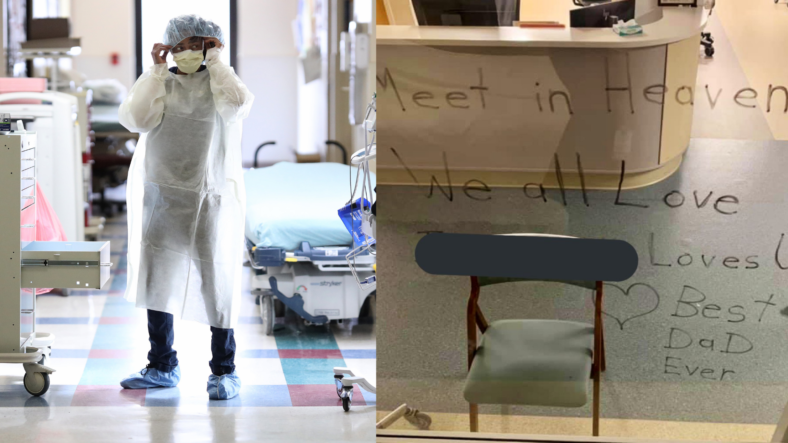 Nine months after state economies nationwide began shutting down due to the novel coronavirus, the Food and Drug Administration (FDA) has approved the safety and efficacy of Pfizer’s COVID-19 vaccine candidate.

A panel within the FDA found evidence that the vaccine, which is given in two doses, a span of three weeks apart, is capable of protecting people after the first dose. The timing of the vaccine is of the most importance, as states across the country are now faced with another grim reality as more cases of the virus are being confirmed.

Since the first recorded positive test of the virus in January, more than 15 million people have tested positive for the disease in the United States and of those people, more than 284,000 have died. In California, Governor Gavin Newsom has ordered a lockdown and enacted a “targeted stay at home” order for counties in northern and southern California in order to slow down the spread.

In New York, Governor Andrew Cuomo has threatened to suspend indoor dining because hospitalization rates are on the steady incline.

“As restrictions were lifted earlier in the summer I think people just got tired of COVID and the reality is COVID didn’t get tired of us,” says Dr. Michael G. Knight, Assistant Professor of Medicine, George Washington University in Washington, DC.

Knight adds that in his practice this next outbreak wave is hitting especially hard. Ten months into the virus and he says over the last week he’s gotten more and more people calling in about COVID-like symptoms.

“The benefit this time around is that we have more testing and we are able to pinpoint if those symptoms are COVID or not,” Knight told theGrio.

On top of this, many across the country continue to believe the virus that has killed more than a quarter of million people is a hoax even though a number of health care professionals have said otherwise. “We have to start having conversations about the virus, especially those who have had the virus and live to tell about,” Knight said.

Meanwhile, ICU nurse Davon Adams has seen the effects of coronavirus first hand. “Since the pandemic began I have watched close to 30 people die,” he told theGrio.

Adams spoke to theGrio on condition that the name of his hospital wasn’t mentioned.

“As a healthcare professional you are going to see death but with COVID it’s death every day, multiple times a day,” said Adams.

Dr. Anthony Fauci, the nation’s top infectious disease expert who sits on the White House coronavirus task force — and now has been named to President-elect Joe Biden’s team as chief medical adviser — had warned that by mid-January there could be up to 3,000 deaths a day. The death toll, however, has since surpassed that 3,000-a-day mark and is at nearly 4,000 a day.

In the meantime, for Adams and other nurses inside the intensive care unit of his hospital death has become one of the constants of this virus. “The hard part is that these patients are dying without loved ones, no family to be there with them as they are passing away,” said Adams.

The virus has hit communities of color especially hard in figures provided by the Centers for Disease Control and Prevention (CDC). Non-whites are more than three times likely to become hospitalized due to the virus, and in some cases, that might include underlying health conditions. What’s more, people of color are more than two times as likely to die from the virus.

“When we have those patients we know we have done everything for we try and get their family members on an iPad just so they can have at least one last moment with them,” Adams added.

In some cases, Adams says family members have written notes on the window for patients they can’t get close to. “That particular photo came from another ICU nurse and I used it to express that I see things like this and I have written messages to dying patients from family members,” Adams said.

According to the Kaiser Family Foundation, the long-term effects of the coronavirus will live on past the death of family members who didn’t get those last moments with a dying loved one. The latest research commissioned by the foundation says that more Americans will develop lingering and maybe long-lasting depression and anxiety.

Adams is also concerned about the lack of mask-wearing and the blatant disregard people have for keeping themselves and others safe. In some areas, local authorities have been issuing fines to people who have violated safety rules. For example, NBC News reports that an Ohio nightclub was fined after more than 500 people, many of them maskless attended a Trey Songz concert.

The Ohio Investigative Unit looking into the unauthorized concert says attendees were seen maskless, sharing alcoholic drinks, and making no attempts to socially distance. The CDC has said that gatherings such as this one in Ohio serve as a key reminder how quickly the virus can spread.

On the frontlines with ICU nurse Adams in Washington, DC, his overstatement of wearing a mask is crucial. “One of my co-workers says it plainly that it’s an insult to health care professionals for people to go out and be reckless without a mask. We are here fighting every day to keep people alive while putting ourselves at risk,” he said.