In a statement provided to theGrio, Indiana University Health Hospital addressed claims of mistreatment in how Dr. Susan Moore was treated in the days before her death 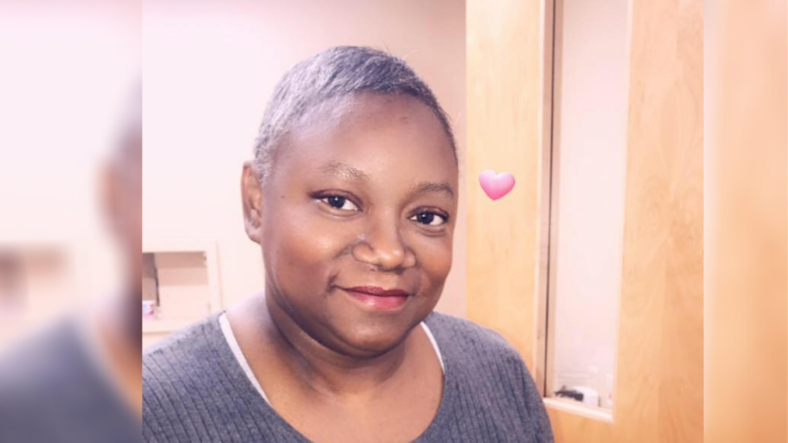 As the coronavirus pandemic made a devastating sweep across the globe it became clear that while the virus didn’t respect borders it did affect people of color, especially Black people more than other groups. Research from The Brookings Institution on COVID-19 has it as the third-leading cause of death among Black Americans.

The virus hit the medical community hard in the early days as health care professionals were among the countless number of people becoming infected with the deadly virus. Dr. Susan Moore, a Black physician, at the age of 52, passed away from COVID complications on Dec. 20.

While getting treatment for the virus, Dr. Moore documented what she says was mistreatment by hospital staff and attributed that mistreatment to her being a Black woman.

Moore, throughout the month of December, documented on Facebook both the progress and, ultimately, the shortcomings of her experience with the virus and the treatment at Indiana University Health hospital system. The last video came on Dec. 4 when she proclaimed hospital staff tried to send her home.

“This is how Black people get killed, when you send them home and they don’t know how to fight for themselves,” Moore said on the video. Also adding, “I had to talk to somebody, maybe the media, somebody, to let people know how I’m being treated up in this place.”

Moore was diagnosed with the virus on Nov. 29 and was later hospitalized but says she had to beg a white doctor at the hospital for treatment and constant pleas to the patient advocate were left unattended. When the doctors finally tested Moore, they found new damage to her lungs but kept her waiting for hours to receive painkillers.

Dr. Susan Moore in her video also spoke out against racism she says came from hospital workers.

“And that nurse was telling me, ‘Oh, I was marching in Black Lives Matter,’” Moore said. “I told her, ‘No, I don’t believe none of that. Not one bit. Not one iota. You wouldn’t even know how to march. Probably can’t even spell it.”

Later in the video Moore could he heard saying, “I put forth and I maintain if I was white, I wouldn’t have to go through that,” she said. “And that man never came back and apologized.”

Moore’s death after documenting her quality of care at the hospital drew outrage online.

Moore’s viral video outraged other Black health care professionals of color who quickly came to her defense. In one Instagram post by Dr. Charis Chambers, an OBGYN, weighed in on Moore’s death. Dr. Chambers noted that Moore was treated poorly, discharged, and readmitted to another hospital but by the time she had gotten adequate care it was too late.

Dr. Camern Brown also added in a tweet, “I’m pissed cause she didn’t have to die like that, her pain was dismissed, she had to advocate for herself and was still ignored.”

On Facebook, notes from family members started to appear like this one from Taunya Henderson who identified herself as a cousin to Moore. Henderson said Moore leaves behind a 19-year-old son and aging parents, all of whom she was the sole provider. A GoFundMe has been set up to help the family due to Moore’s untimely death.

Indiana University Health Hospital in a statement to theGrio said, “We are very sad to hear about her passing,” adding, “IU Health respects and upholds patient privacy and cannot comment on a specific patient, their medical history or conditions.”

The hospital also addressed the racism claim. “As an organization committed to equity and reducing racial disparities in healthcare,” continued the statement from Berkley Rios, from the Regional PR and Social Media department of Indiana University Health Indianapolis Suburban Region, “We take accusations of discrimination very seriously and investigate every allegation.”

Moore’s 19-year-old son, Henry Muhammed, confirmed his mother died of COVID-19 complications to the New York Times. “Nearly every time she went to the hospital she had to advocate for herself, fight for something in some way, shape or form, just to get baseline, proper care,” said Muhammed.

His mother also had sarcoidosis, an inflammatory disease that attacks the lungs for which was often treated for hospitals.

A Jamaican-born immigrant, Moore grew up in Michigan, where she earned an engineering degree from Kettering University in Flint. She earned her medical degree from the University of Michigan Medical School.