Oprah sells majority of OWN for $36 million to Discovery

Discovery Plus launches next month, and the content of OWN is expected to be part of the new streaming service.

On Tuesday, Oprah Winfrey sold most of her Oprah Winfrey Network (OWN) shares to Discovery Inc. for more than $36 million in stock.

According to Bloomberg, the deal increases Discovery’s stake in OWN to 95%, but Winfrey will hold on to her CEO and chief creative officer positions.

Trading off the talk show host’s colossal popularity, OWN was co-founded by Winfrey and Discovery in 2011 as a female-focused network.

Efforts to engage a multiracial audience proved difficult when the cable network first hit the airwaves, and the network suffered losses. Since then, OWN’s content has been geared toward African American women, with actor/producer Tyler Perry creating several shows.

Among the shows currently airing on OWN are “Queen Sugar,” “David Makes Man,” “The Haves and the Have Nots,” “Iyanla: Fix My Life,” and “Ready to Love.” 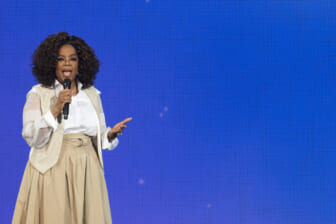 Also Read:
Oprah sells majority of OWN for $36 million to Discovery

Bloomberg reported that Winfrey had an agreement with Discovery where she could require the company to purchase part of her interest beginning in 2016. In 2017 Discovery purchased a 25% stake from Winfrey for $70 million.

The most recent deal suggests the network’s value has decreased as many small networks struggle to stay afloat in an industry where streaming services are becoming more popular than cable TV.

Discovery Plus launches next month, and the content of OWN is expected to be part of the new streaming service.

In November, we reported that Hearst Magazines planned to lay off 60 staffers from Winfrey’s publication, The Oprah Magazine. The news came as Winfrey signed on for a multi-year deal with Apple TV + in 2018.

Since 2019, Winfrey has launched “The Oprah Conversation,” “Oprah’s Book Club,” “Oprah Talks COVID-19,’ and “SuperSoul Sunday” on the streaming platform.