Attacks on Black women leadership should stay in 2020. Starting with Secretary-designate Fudge

OPINION: Nominating Rep. Marcia Fudge for HUD Secretary is far from tokenism, and the implication belittles her impressive career and stalwart leadership

For the first time in our history, a Black woman will serve as the vice president of the United States. While we should celebrate that, we must not forget that when President-elect Joe Biden began his search for his vice president, every Black woman on the shortlist was attacked in the media.

This recent history repeated itself when the president-elect announced that six-term Ohio Congresswoman Marcia Fudge was his nominee for Secretary of Housing and Urban Development.

The nomination of Rep. Fudge has been met with a host of criticism of both the president-elect’s choice and of the representative herself. Some in the media called her nomination tokenism, while other progressives criticized her positions (and her lack of support for Senator Bernie Sanders’ primary run). Some simply called her unqualified, despite the fact that she has spent more than three decades in public service.

It’s worth noting that in the entire history of our country, only four Black women have served as a U.S Cabinet Secretary. This criticism on both sides of the aisle (and in the media) is in line with the constant undermining of Black women’s leadership. These toxic attacks on Black women in leadership should stay in 2020.

For their part, many urban affairs and housing professionals were surprised but not opposed to Rep. Fudge’s nomination. As the congresswoman expressed a deep desire to serve as Secretary of Agriculture, her selection for HUD Secretary instead was surprising. However, her qualifications and ability to serve in this role was never in question.

Following her nomination, the U.S. Conference of Mayors applauded the appointment, as well as several national housing organizations, including Habitat for Humanity, the National Low-Income Housing Coalition, and the National Housing Conference.

The appointment of Rep. Fudge is a smart strategic decision. In the 117th Congress, the Congressional Black Caucus members will represent one out of four members of the Democratic Caucus. Rep. Fudge served as Chair of the Caucus during the 113th Congress and, as such, she has the institutional relationships with influential CBC members on the Hill to leverage for her department. These relationships will be deemed important when HUD Secretary Fudge advocates for housing to be included in the negotiation for a President Biden infrastructure bill.

Finally, the chairman of the Senate oversight committee for HUD is the Banking, Housing, and Urban Affairs Committee. After the win in Georgia and the Democrats winning the majority, the new Chairman will be Senator Sherrod Brown, the senator from Rep. Fudge home state.

One national op-ed falsely characterized Rep. Fudge’s tenure in Congress as “reveal[ing] no interest in the housing universe.” Rep. Fudge has consistently authored a “Dear Colleague” letter, urging an increase in appropriations for the HOME Investment Partnerships Program (HOME). HOME is the only federal block grant program exclusively focused on helping states and communities address their affordable housing needs for low- to moderate-income Americans.

Rep. Fudge’s most recent letter was penned in April 2019, and called for an appropriation of $1.5 billion for fiscal year 2020. In 2011, Rep. Fudge sponsored the National Infrastructure Bank Act, which would have invested much-needed funds into the country’s infrastructure, including public housing infrastructure.

Others have concluded that the congresswoman’s service on the House Agriculture Committee indicates that she is not a good candidate to be the next HUD Secretary. They argue she has no oversight of housing policy in this role.

However, this argument fails to recognize the congresswoman’s membership in the Education and Labor Committee, in which she serves on the Subcommittee on Civil Rights and Human Services.

This subcommittee has oversight jurisdiction over “poverty and human services programs, including but not limited to the Community Services Block Grant Act and the Low-Income Home Energy Assistance Program.” Prior to the COVID pandemic, this subcommittee had hearings on “strengthening federal support to end youth homelessness” and “examining the Older Americans Act: Promoting Independence and Dignity for Older Americans.” Both are important housing issues for vulnerable populations.

As a former Mayor herself, Rep. Fudge will be able to speak the language of the nation’s local leadership. The mayors of this country, representing the interests of their small towns and big cities, understand that in Secretary Fudge, they have one of their own at the helm of HUD.

Congressional members too believe their colleague is qualified to lead the department. Most importantly, the president-elect and vice president-elect have full confidence in her ability to serve in their administration.

If her critics determine they will oppose Rep. Fudge’s nomination, I hope they will look at the full scope of her work and speak to the professionals on the ground who welcome her appointment. Nominating Rep. Fudge is far from tokenism, and the implication belittles her impressive career and stalwart leadership, undermining not just the congresswoman but all Black women leaders. 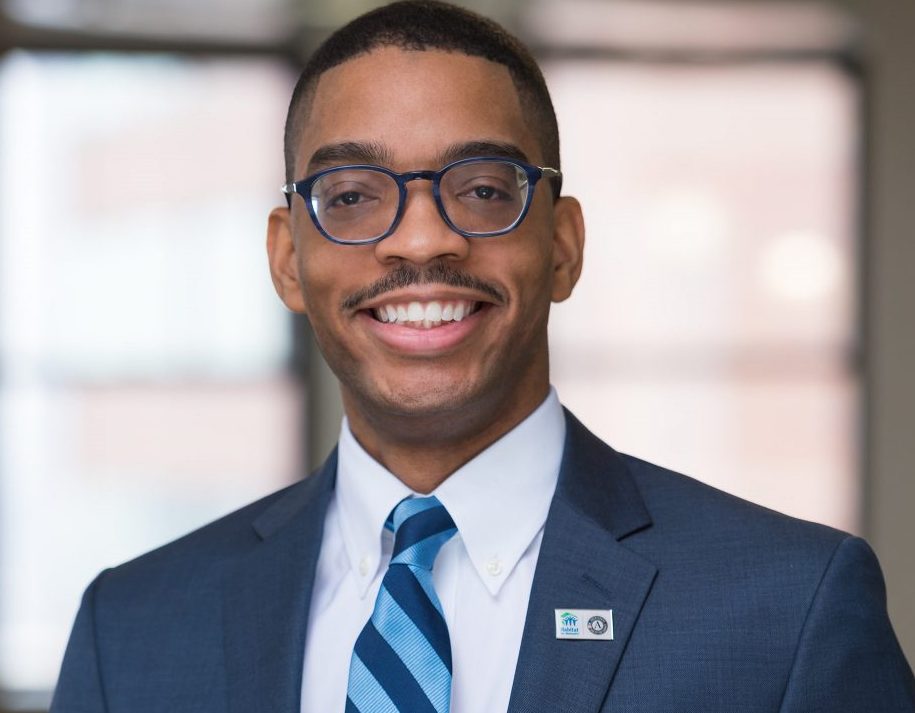 Katrell Lewis serves as Director of Advocacy for Habitat for Humanity New York City. He also serves as a board member for Build the Bench NYC, an organization dedicated to creating a new ecosystem for people of color to organize and mobilize in New York City. As a native Brooklynite, he is committed to housing equity and building ownership in Black communities.