EXCLUSIVE: The debut novel of Robert Jones, Jr. poetically redefines Black love between two men during a period in history wrought with struggle, abuse and torture 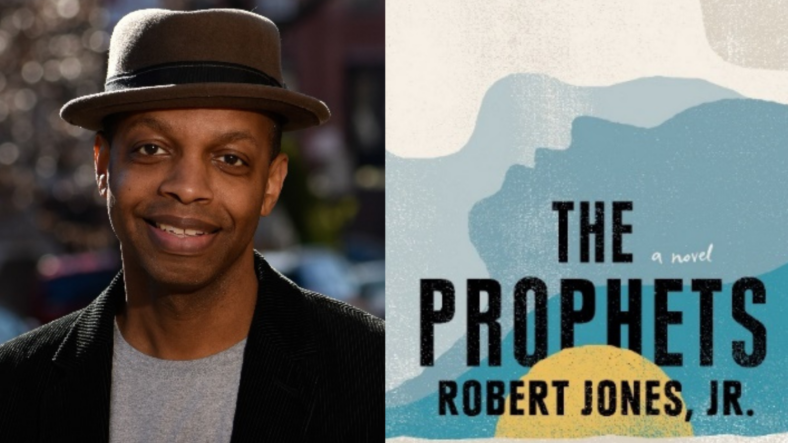 The Prophets, which is the debut novel of Robert Jones, Jr., explores a world unknown to many but certainly lived — albeit likely through secrecy and underground.

At the heart of The Prophets is Isaiah and Samuel, two enslaved men in the antebellum American South who go against what their slave owner has envisioned for them; two strapping, Mandingo warriors whose purpose is to breed.

In this story, Isaiah and Samuel are madly in love. Their love is the centerpiece of what sets off a chain of events that carry over from the antebellum South to pre-colonial Africa.

The Prophets poetically redefines Black love between two men during a period in history that was wrought with struggle, abuse, and torture. The juxtaposition of tender love between two same-gender-loving Black men and the entrapment of being slaves offers the reader a clear vision of representations of LGBTQ people throughout history.

“Toni Morrison once said, ‘If there’s a book that you want to read, but it hasn’t been written yet, then you must write it.” The quote was echoed by Jones during a sit-down with theGrio. Here’s more of that conversation below.

theGrio: Robert, thank you for your time and let’s start by asking you to share with us how this novel came to be?

Robert Jones Jr.: The work took about 14 years from start to finish and as a literary work, what I was interested in doing was re-inscribing into the cultural narrative the Black queer figures that had been erased, particularly prior to the Harlem Renaissance when Black queer writers started to write about those experiences.

theGrio: The research process must have been lengthy?

RJ: I did a ton of research of this time period in the antebellum South and then to bring in the Black queerness I had to look outside of the typical Black literary slave narratives and that led me to sociological and anthropological works such as Joseph Beam and Marlon Riggs but I also had to go to the oral histories African cultures. My research took years and years of reading all of the slave narratives I could get my hands on and I can only recall of everything that I read there being two references of same-sex relations but there was no love attached.

theGrio: Writing a book is no small task and it took you 14 years to get this one finished. A lot can happen in 14 years so what have you learned about yourself through this process?

RJ: I learned that I can be persistent because there was so many times that I wanted to give up because I wasn’t confident that I was writing well enough. Additionally, I feel like my ancestors were pushing me and making me feel guilt and shame if I didn’t keep going.

theGrio: A love story between two Black enslaved men has not been written. Did you have reservations?

RJ: By the end of my research I felt a bit of confidence but I’ll admit that in the beginning, I thought no one was going to buy this. I had thoughts of people thinking that I was trying to push some sort of gay agenda and that I’m trying to emasculate Black men and that the book would be rejected outright but I noticed other people writing about Black men in that time frame and it felt there was a community who would back me up.

theGrio: When I read the book, of course, there is violence simply because it’s slavery but I also see love between two Black men that is demonized. You managed to show love in even the most of perilous times between them.

RJ: I wanted Samuel and Isaiah’s love to be complicated and gentle but I also wanted them to be each other’s safe space even when it was fraught. In their lovemaking, I thought this is where the most beauty needs to show up, between these two young men. Whenever I would write a love scene I wanted it to be pure love with an undercurrent of lust but I wanted the most powerful part of it to be gentle, loving and caring. I wanted to show that two Black men can genuinely be in love because we are so often inundated with images of Black male violence, especially toward one another and I wanted to see something else. Yes, there is violence but there is also love and community.

theGrio: What do you hope is the takeaway from this novel, especially for young Black queer men of color?

RJ: When I started to write this, I wrote it with young, Black queer people in mind and what I want them to take away from this is that you belong here and do not let any religion, any institution, any person make you feel less than or make you feel somehow defective or subhuman because of something that is innate in you. I want those same people to realize that Black queer people have always been around even though we don’t see it in the popular narratives because this stuff has been erased. In addition, I want them to know that you will find healing, a space where you can be safe, and you will find love.

The interview has been condensed and edited for clarity.