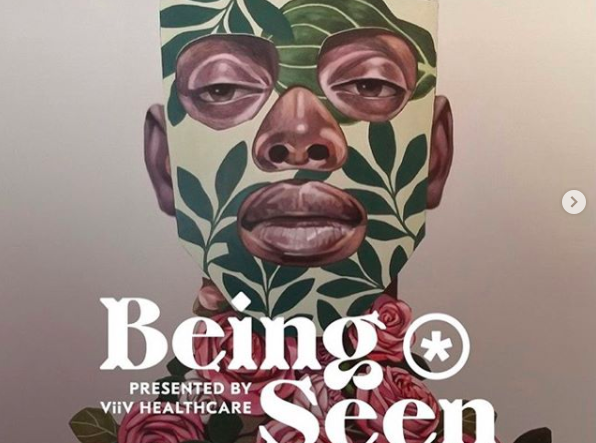 Five years ago, the United States Supreme Court struck down all state bans on same-sex marriage. The ruling by the nation’s highest court made it legal for two people of the same sex to marry and mandated that all states and territories in the union honor those marriages.

The monumental and historic decision was awarded after years of fight from people who faced an uphill battle, many of them doing so behind a veil of secrecy. If history has taught us anything, it’s that a number of the influential minds behind some of the country’s most championed causes did so without being seen.

Initially, Bayard Rustin comes to mind. Rustin, an openly gay man who co-founded the Southern Christian Leadership Conference in 1957, was forced to resign due to his sexuality. Rustin wasn’t seen in his full light, including his critical role in the civil rights era, until much later.

Now, 63 years later, a podcast is opening the curtain on what it means to be seen.

Being Seen is an in-depth exploration of the role culture plays in resolving how people see themselves and how we are seen by others. The 10-episode first season is hosted and narrated by Darnell Moore, award-winning writer and activist.

Moore, author of No Ashes in the Fire: Coming of Age Black and Free in America, is no stranger to Black liberation and has often talked about the Black, queer and gay experiences in his work. This venture into audio storytelling is in conjunction with Viiv Healthcare and Harley & Co.

The podcast is an evolution of that, which makes him a perfect person to lead the discussions.

“The podcast intentionally centers on the lives and contributions of Black gay, queer, bi and trans men. Every episode is an exploration of our complex experiences and the many ways those experiences shape us,” says Moore. “So many of us give our all to the culture, to social movements, to our families, and to our communities, and, yet, it’s still the case that the energy and love we give isn’t always reciprocated by the same.”

Throughout the season, episodes will move through current cultural representations of the queer and gay Black male experience and the impact on their lives and society. Each conversation will take place with leading artist, writers, entertainers, activist, and community leaders, including writer, director and producer Lee Daniels; Samira Nasr, Editor-in-Chief at Harper’s Bazaar, and activist and writer George M. Johnson.

“We explore a range of themes from intimacy and love, to societal roles and cultural firsts. While the focus is on Black gay, queer, trans and bi men, I think that listeners of all backgrounds and identities might very well find something in it that they can connect with,” Moore says.

The podcast asks one simple question, “How do storytellers and their stories shape society?” There is a famous quote by poet, author and activist Maya Angelou that says, “There is no greater agony than bearing an untold story inside you.” For Moore and his guests over 10 episodes, the exploration into what visibility means for Black gay and queer men and the allies in between is paramount.

“I’ve learned something during every episode and every guest is compelling, but I was honored to interview my partner, Yashua Simmons,” Moore explains. “He’s shy and stays away from the spotlight. I was happy to shine a bit of light on him. I’m also really moved by Eddie Ndopu’s brilliance in episode 4. I won’t spoil it for you, but let’s just say that it’s otherworldly. And, lastly, Luke James left me speechless.”

Speechless, but informed and rejuvenated, is one way to look at the work being done here. Since that momentous ruling from the Supreme Court in favor on same-sex marriage, the world is getting to see gay and queer people as they haven’t before. What’s important to note here is Being Seen is moving the needle forward across all spaces that include race, sex, and gender identities.

Being Seen the podcast can be streamed anywhere you can get a podcast and is available now.

Kelsey Minor is a 2x Emmy-awarding winning freelance journalist based in New York City. He can be followed on Twitter @theKELSEYminor.