Cierra Young was 18 and had a clothing line 'EVOL' 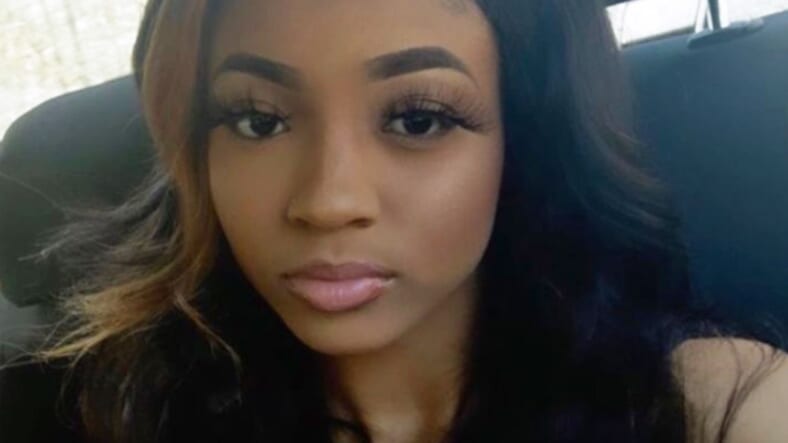 A girl’s life was cut tragically short on Valentine’s Day.

Cierra Young, 18, was shot in Temple Hills, Maryland and investigators say road rage may have played a part in the shooting, per WUSA9.

“I just know she was in the car with a gentleman and it’s supposed to be some time of road rage and some people were shooting into the car,” said Cierra’s mother LaShawn Young. “They took someone that meant a lot to the whole family and I hope they’re brought to justice.”

Read More: Give us our flowers: ‘Dear Culture’ podcast celebrates its 50th episode

Washington, D.C. police responded to a car crash around 9 p.m at the intersection of Branch Avenue and Pennsylvania Avenue. Young was found on the ground and had been shot in the shoulder. She was taken to the hospital where she later passed away. The shooting outside of an apartment building a block away at 3300 block of Pennsylvania Avenue.

“Cierra was a lovable kid,” said her mother. “She just enjoyed life all she did was smile she just wanted to be happy.”

Besides her mother, she leaves behind her father, a 23-year-old sister, 14-year old brother and had recently became an aunt.

The teen had taken time off from school due to the pandemic but was a senior at Theodore Roosevelt High School and due to graduate in the fall. She had aspirations of being a clothing designer and created a line called “Evol,” in reference to the evil in the world.

The family has set up a GoFundMe for funeral expenses.

Anyone with information on the crime is encouraged to call detectives at (202) 727-9099. A $25,000 reward is being offered for information that can lead to an arrest and conviction.