OPINION: If we still had the programs the Black Panthers initiated across the U.S. what could’ve been? 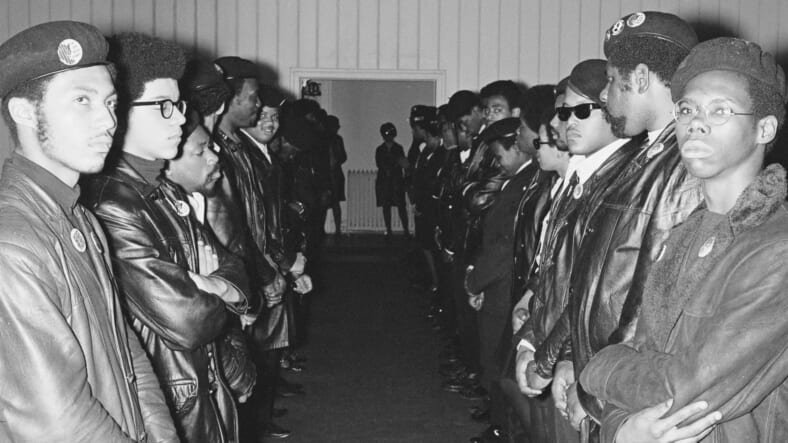 Like many viewers, I was deeply impacted by Shaka King’s Judas and the Black Messiah, which tells the story of Black Panther Party leader Fred Hampton (Daniel Kaluuya) and his assassination by the FBI, which was successful because of the aid of an informant (Lakeith Stanfield) who infiltrated the Chicago chapter of the organization that Hampton led.

While the racism, anti-Blackness, betrayal and violence against Black people was difficult to digest, the focus on Black liberation that the Black Panther party so mightily worked toward was inspirational and thought-evoking. What captured me most was the party’s dedication to self-care in the Black community. In today’s society, we often are sold this image of self-care as getting your favorite ice cream, bingeing Netflix on a Friday night, having a spa day, exercising, or getting a massage.

Read More: Rep. Bobby Rush calls ‘Judas and the Black Messiah’ a film that ‘must be seen’

Sure, those things count, but the Black Panther Party, Malcolm X who inspired their creation, and countless organizers in history who focused on Black power, freedom, and independence really coined the term self-care to focus on the holistic well being of the Black community. This included medical care, food security, child care, banks, and many other ways of taking care of each other sans a white government and society that has been intent on controlling and oppressing us.

Community care was seen through the many programs The Black Panthers facilitated: The Free Breakfast for Children Program, which fed over 10,000 Black children each morning across U.S. cities, and was implemented after the Panthers read a study of how lack of breakfast had negative cognitive effects on learning.

The People’s Free Medical Centers (PFMC) provided an alternative to standard hospitals and clinics, which were systemically discriminatory toward Black people. The Intercommunal Youth Institute, an alternative to the U.S. educational system, that centered on Black history in addition to typical school subjects.

Other programs include SAFE (Seniors Against a Fearful Environment), which provided escorting protection to seniors to avoid muggings and other crimes targeting the elderly; The Free Food Program, which supplemented groceries for Black and other oppressed people, as well as had mass food distributions in neighborhoods; People’s Free Ambulance Service, which provided 24 hour emergency rides to the hospital, and day rides to doctor’s appointments.

Each of these programs were funded by the Black Panther Party through community donations, fundraising, and volunteerism. While there weren’t many resources to run them, they existed, and provided the best care they could, which was better than none at all, or being denied adequate care by white institutions. As is well documented, the radical organization, who in addition to community self-care also believed that Black people had the right to bear arms and protect ourselves, was targeted incessantly by the FBI and eventually lost the infrastructure to continue their efforts.

Let’s for a moment imagine that the Black Panther Party had not been interrupted in their strides, and had gotten the chance to expand. What would community care of ourselves look like?

Perhaps if more Black-led medical centers existed that truly cared about the health and survival of Black bodies, Dr. Susan Moore, the Black Indiana doctor who died from complications due to COVID-19 after her white doctor refused to listen to her concerns, would still be here with us–maybe even practicing at one of The People’s Free Medical Centers.

Think of the high wait times for ambulances in Black neighborhoods that result in many lives lost that may have otherwise been saved–with ambulance services in each neighborhood to supplement the ones hospitals dispatch, this could be largely reversed. If more Freedom Schools existed that could offer Black children a quality education, focus on our history far beyond the Transatlantic slave trade, and a nutritious free breakfast, what might the learning experience be for them versus what is offered in most urban neighborhoods currently?

The Black Panther Party implemented these community care programs to allow us to care for ourselves, our children, and our elders without needing to lean heavily on institutions that have historically and systematically mistreated us, or flat out refused to service us entirely for no other reason than racism. What power might we have if we had the resources to care for ourselves in all the ways we need?

Why have the attempts as Black independence and self-care been shut down? Because it’s a falsehood that this country ever supported us striving for complete independence.

From the affluent Greenwood neighborhood of Tulsa, Oklahoma, home of Black Wall Street, where Black people flourished, owned businesses, banks, a hospital, schools, a library, and other makings of a self reliant community, to Rosewood, Florida, where Black people lived and thrived amongst themselves, attempts at independently caring for ourselves and our communities were intentionally destroyed.

Ironically, both the Tulsa and Rosewood Massacres that obliterated these places by literally burning them down, occurred two years apart, in 1921 and 1923 respectively, and began with the alleged attacks of white women who falsely blamed Black boys and men.

Other pockets of independent Black communities emerged throughout the United States post American slavery, such as Detroit’s Black Bottom, a hub for Black-owned businesses and nightlife, which suffered during the Great Depression. The neighborhood was then eliminated when the city started an “Urban Blight” project and built the Chrysler Freeway directly through the area, displacing the Black people who lived and worked there.

These places were never restored to their original states after being destroyed, and the United States never attempted to even try. Do not believe the false narrative that Black communities have never been self-sufficient, and have been in need of saving outside of ourselves. Our ancestors came out of over 200 years of slavery with nothing to show for their labor and dehumanization, upon which this country is built on, and yet, we are still here in spite of that.

As demonstrated time and time again, we have taken the most sour lemons and made lemonade, but that can only go so far if your lemonade stand is continuously annihilated. If we still had the programs the Black Panthers initiated across the U.S., thriving Black neighborhoods that hadn’t been divested in and now incurring gentrification, and many other versions of this story of the rise and fall of Black community care by the hands of a systemic racism–what could’ve been? And most important and inspiring, what can be?

Ryan Pearson is a native Detroiter, writer, innate creative, cinephile, and co-director of Detroit Narrative Agency (DNA). She is a body liberation/fat acceptance advocate and activist whose primary focus is examining body image issues amongst Black women, girls, and femmes that stem from white supremacy and patriarchy. You can follow her on Instagram @rdanipear.