Kelly Rowland on celebrating women in her life: ‘I’m rich in my female energy’

The superstar talks motherhood, Hollywood, and more on theGrio's new podcast 'Acting Up' 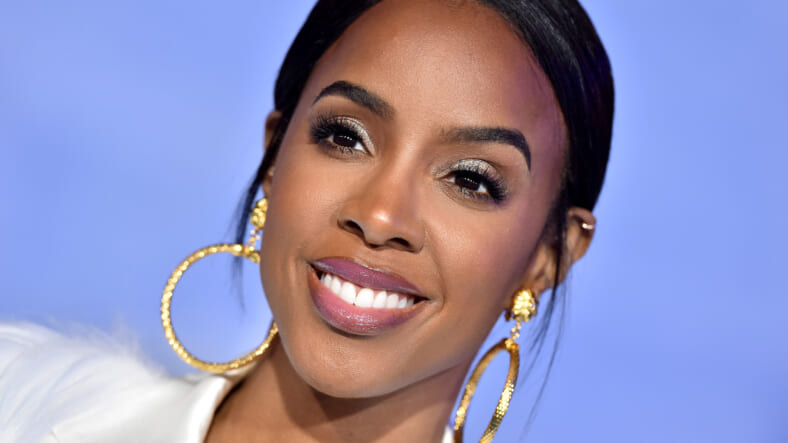 Kelly Rowland attends the premiere of Sony Pictures’ “Jumanji: The Next Level” on December 09, 2019 in Hollywood, California. (Photo by Axelle/Bauer-Griffin/FilmMagic)

theGrio has launched a brand new podcast, Acting Up hosted by Cortney Wills, and in it, our entertainment director sits down with some of the biggest names in the entertainment game including this week’s guest Kelly Rowland.

Acting Up is the podcast that dives deep into the world of TV and film that highlights our people, our communities, and our stories. Prepare for intimate conversations with some of our favorite celebs, creators, directors, disrupters, and gatekeepers who continue to shape how Black America is represented onscreen and the impact those depictions have in the real world. Acting Up is dedicated to holding Hollywood accountable and examining who’s making noise, who’s making moves, and who is still being silenced.

The debut episode of Acting Up features an intimate conversation with Rowland, who has added executive producer to her long list of talents. The longtime friends will discuss how the superstar managed to birth a new baby, a new movie, and a new album during such a tumultuous time, and fans will hear how the women in Kelly’s life continue to inspire her journey.

“I know how other women have impacted my life and I feel like, for each other, we should all be the gift that continues to give,” she says. “To be a celebrity is just to be celebrated. I celebrate all the women in my life because they’re celebrities in my eyes, because they’ve either shown me something about life, about womanhood, about being a good wife, a woman, a mother, a friend. I just feel like I’m rich in that. I’m rich in my female energy.”

Rowland also reveals how she’s navigating Hollywood as an actress and an executive producer whose film, Merry Liddle Wedding, debuted on Lifetime in 2020.

“I feel like no matter where I am, I still have something to prove,” she says. “I wanted to be drenched in everything from budgets to people to everything because I respect it. It wasn’t just a vanity project I wanted to slap my name on. That’s not the school I came up in.”

Read More: Andra Day on ‘trauma’ of portraying Billie Holiday: “I hated myself in that moment”

“I was thinking about everything,” she says of the project. “Making sure it’s Black enough and we pronounce the right in our movie—a full Black cast, a Black director, Black executive producer—like all of this means the most to me. I’ll continue to take in everything because the truth is, I love executive producing just like I love creating in the studio.”

Wills will also run down what we should expect from the 2021 Grammy Awards and offers insight into who will be victorious on music’s biggest night.

Cortney Wills is the Entertainment Director at theGrio. The Northwestern alum from Los Angeles has been covering TV, film, music, and lifestyle for more than 15 years and has written for publications ranging from THR, Billboard, Variety, MTV News, and JET among others. The wife and mother of two never shies away from real conversations with the power players of the industry and now she’s ready to bring that real talk to Acting Up to hold Hollywood accountable and find out who’s doing the work when it comes to representation of Black America on screen.