OPINION: If we unpack the layers of systemic racism, we find that Black women and girls sit at the intersection in a way that can seem nearly impossible to fathom 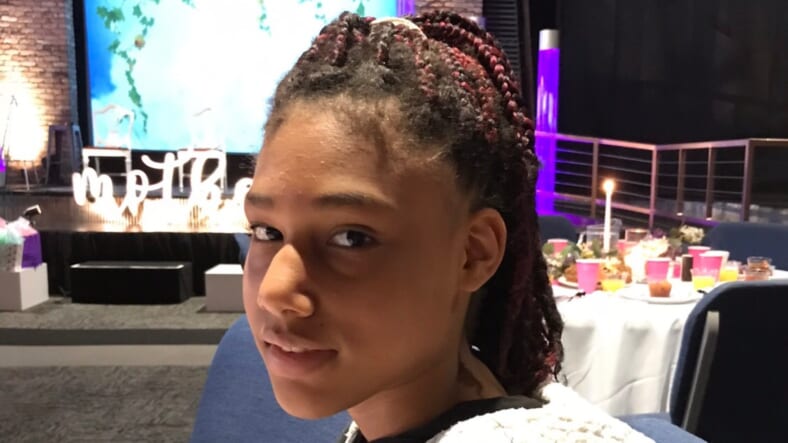 A page created to support her mother’s financial concerns while Honestie Hodges was hospitalized notes the teen was tested and admitted to the hospital on her birthday. (GoFundMe.com)

Last month, a 9-year-old Black girl in Rochester, NY was pepper sprayed by police — a headline we’ve seen far too often in this country because Black girls and women are criminalized all the time.

There is much talk about systemic racism these days, but if we unpack its layers, we find that Black women and girls sit at the intersection of systemic racism in a way that can seem nearly impossible to fathom — and it often starts when we’re young. Just because we had a national reckoning full of allies marching with us in 2020 and a new, diverse presidential administration this year, doesn’t mean that racism will simply fade away.

The truth is that America must save itself from the vile grips of racism and oppression — and that starts with white people working to meaningfully and fully disrupt their own white supremacy and privilege.

White Americans have to really wrestle with, begin to decompartmentalize and digest what it is like to be Black in America — in this instance, a Black girl. We live with the fear of living while Black every day. Before the Rochester incident, there were many others, including Honestie Hodges, whose story illustrates the deep structural injustices we have to dismantle in this country.

Honestie, a 14-year-old Black girl from Michigan, died at the end of 2020 from COVID-19. How tragic it is to die so young. Yes, that’s awful. But, Honestie didn’t just die from COVID-19 — she died from a country that failed her and so many others like her.

When Honestie was 11, she was handcuffed at gunpoint by police, who claimed they were searching for a 40-year-old woman, in Grand Rapids, Michigan. Honestie, an innocent girl, was forced to walk toward the police at gunpoint pleading for her life — along with her mom — so cops could arrest her and put her in the back of their car. Though the police chief acknowledged what happened was horrible, the officers did not face any charges. Fortunately, Honestie escaped with her life at 11.

But just three short years later, a young Black girl with her whole life in front of her died from a virus that disproportionately affects and kills Black people. Honestie tested positive on her birthday, the same day medical staff sent her back home.

In the fall of 2020, the Centers for Disease Control and Prevention found that almost all of the kids and teens who died from COVID-19 were Black or Latino. So while Black people are fighting for our lives (and other’s lives since many of us are essential workers), white people are fighting for their right not to wear masks or to take anything during this pandemic seriously. But who cares, right? Because white people need to have their insurrections, riots, brunches, parties and holidays, frequently in places that recklessly and irresponsibly opened up way too soon.

There is no explanation for any of the things that happened to Honestie other than systemic and structural racism. That means America killed this girl, persistently and intentionally over time. And Honestie, herself, knew it. She knew she was not long for this world — and that it was pure luck she survived each day…until she didn’t.

When asked about the incident with police at 11, Honestie said, “I have a question for the Grand Rapids police: If this happened to a white child, if her mother was screaming, ‘She’s 11,’ would you have handcuffed her and put her in the back of a police car?“

Read More: Michigan girl, 14, who was detained by police dies of coronavirus

Every day in America for us is like playing racism Russian Roulette. White people do not experience this kind of deep, historic and heartbreaking racism that kills you before you even get the chance to live. When we say racism is systemic, we literally mean the systems are designed to kill us — from policing to healthcare to school segregation to state and local budgets (follow the money) and how that corner store in our community doesn’t serve anything healthy, and why that polluted plant is built next to our houses poisoning the air we breathe.

White people have had an over 400-year head start to power. While Black people work to take ours back, we’re simply asking that they take the time to really, deeply understand what it is like to live in a country with contradictions of white lies, instead of Black justice, and that tries to make oppression part of our DNA.

Black women and girls should be allowed the space to celebrate and rejoice in the victory and power of our votes in the last presidential election. To cheer the nation’s first woman of color vice president Kamala Harris, whose presence and leadership matter, who graduted from a Historically Black College and University.

But instead, we’re affected most by job losses at jobs that never paid us our due to begin with, inadequate access to a vaccine developed by us, ongoing police brutality and assault, a healthcare system that fails us, and more unrealistic expectations that we will continue to save white people from the scourge of racism.

It’s past time to stop just thanking us. We demand respect, and as Rep. Ayanna Pressley said, “Policy is our love language.”

Don’t just put yourself in our shoes; try walking in them. We’re not magic, we’re real.