The famed children's show and its nonprofit counterpart are launching the "ABCs of Racial Literacy."

Sesame Street welcomes two new Black Muppets to its cast as the children’s show ushers in programming geared toward teaching the “ABCs of Racial Literacy.”

Meet Elijah and Wes, the “humanoid” Muppets with melanated skin tones. These character additions aim to address race and showcase representations of Blackness.

Here are the backstories behind the two — Elijah is a 35-year-old meteorologist, who loves running, being outdoors, watching movies and cooking with his family. Wes is a 5-year-old, who loves going to school and playing pretend with his friends. 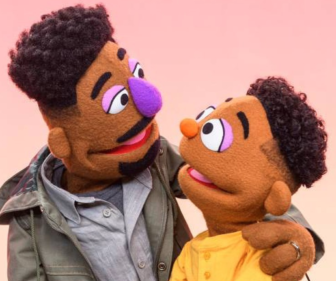 As an effort to contextualize the broader national conversation on race and identity for children, Sesame Street announced on Tuesday the launch of its racial literacy resources.

In a statement released on Instagram, the brand said this effort is “designed to help families celebrate their own unique identities and answer children’s sometimes tough questions about race and racism.”

For generations, Sesame Street has provided content for kids with current events in mind — from I Love My Hair that addressed a movement of natural hair enthusiasts to debuting their first autistic muppet.

Racial-justice programming is set to be a focus of the 52nd season of Sesame Street, which will air in late 2021 as well as much of Season 53.

This generation of children who are coming of age have lived through momentous years in modern American history as it pertains to race in this country. In the past two years alone, they’ve witnessed the push for police reform, the disproportionate impacts of the COVID-19 pandemic, an attack on the United States Capitol Building and widespread violence against the American Asian Pacific Islander community.

Parents who are seeking tools to open dialogs on these events have access to a treasure trove of materials through the Sesame Workshop’s Coming Together initiative.